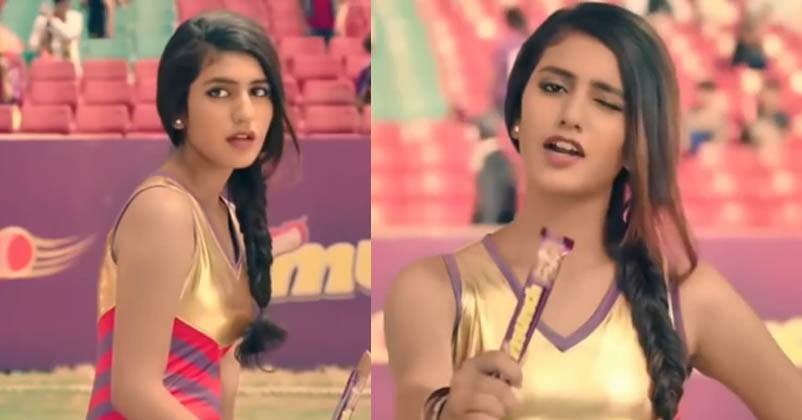 Priya Prakash Varrier became a celebrity overnight after a short clip from her debut movie entitled “Oru Adaar Love” went viral. In the viral video, Priya was seen winking at her co-star Roshan Abdul Rahoof. People just loved her killer expressions and soon she was titled as winking queen.

It’s definitely a remarkable achievement on her part to get such a huge fan following and stardom even before the release of her first ever movie. Shortly another video from the same flick was released and guys fell for Priya to see her shooting a flying kiss to her actor. It was quite obvious for the second video to get viral too and many people started sharing their own versions, imitating Priya’s style of flying kiss.

Now our favourite Internet sensation is back with another video and it’s related to cricket.

As we all know that IPL is going on and people are simply crazy for this cricket extravaganza, even brands are seeking opportunity to make the most of it.

Munch has released its new ad and it features Priya relishing Munch chocolate in a cricket ground. Suddenly ball comes to her and when a cricketer asks her to give him ball, she says, “Main fenki hui chijen nahi uthati (I don’t pick up things which are thrown on the ground)” 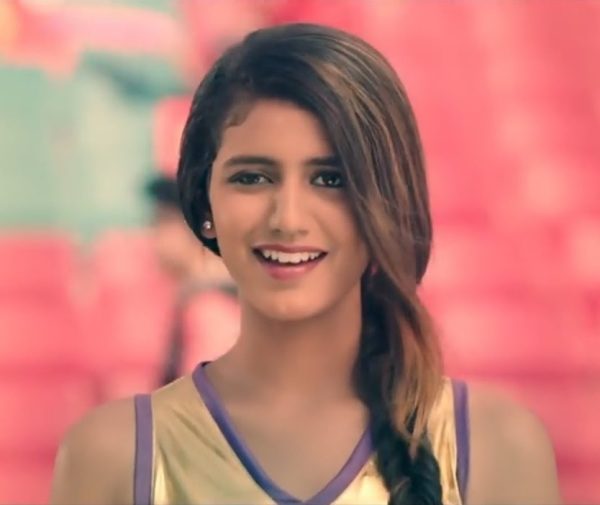 To this, the man says that she has a lot of attitude and Priya replies, “Haan free ka hai (Yes, it’s free of cost)”

This ad will definitely grab attention of Priya’s fans as well as cricket lovers.

How did you find Priya’s acting in the ad?

Durex Trolled Facebook In Its Latest Ad. People Are Loving The Creativity
Pervert Sent Vulgar Text & Nudes To Woman & Then Asked Her To Delete Them. She Taught Him A Lesson