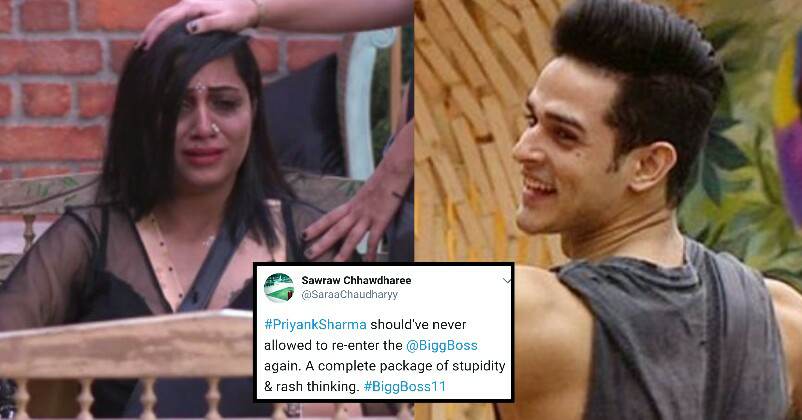 The eleventh season of Bigg Boss is definitely one of the most interesting seasons of the popular reality show and the contestants are living up to the expectations of viewers. They are fighting, quarrelling, accusing and sometimes abusing each other as well. The fights have gone personal now and to add more masala to it, Priyank Sharma re-entered the house. 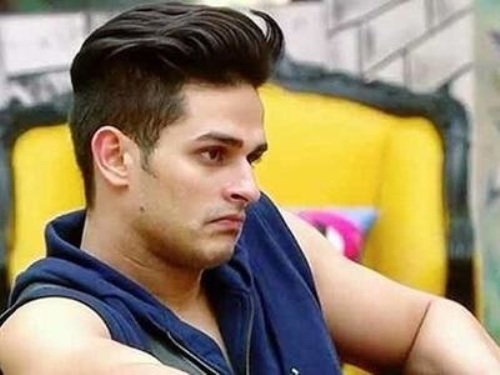 Priyank’s entry did make Benafsha Soonawalla a little emotional but there is no doubt that this time he has entered with a plan and he won’t be shying away from getting rude, dirty or mean. We have a feeling that it was only he who was behind the verbal duel between Arshi Khan and Sapna Choudhary.

Priyank makes a personal attack on Arshi by bringing up the Goa-Pune scandal. It is said that Arshi was also a member of a sex racket in Pune and her accomplice Vipul Dahal, who was an agent, was arrested by the police. It is being alleged that Arshi was also arrested from a hotel in Goa but somehow she convinced the police about her innocence and took a flight to Mumbai. 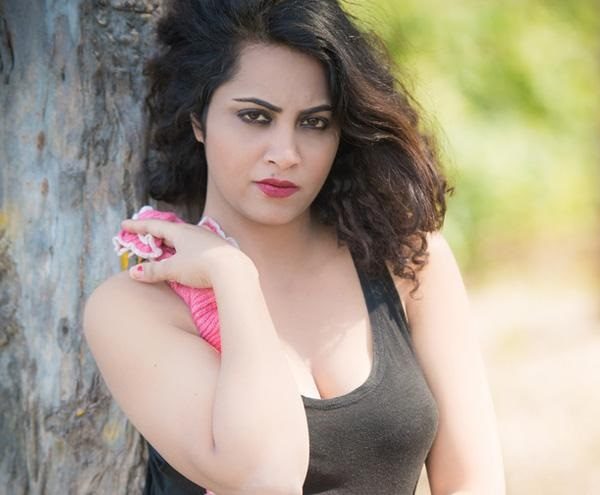 Arshi was upset after this because she was worried as to how her parents would react after hearing all this. Twitterati has trolled Priyank for going personal while some have supported him too. In short, Twitter is divided on this matter and doesn’t properly know who to support.

There were many who condemned Priyank for what he did. Here are some of the selected tweets:

#priyanksharma style of playing the game will not work for too long. Rather than personal attacks he should plan fr something else.

Priyank is so fucking disgusting. Arshi was crying in front of him yet he showed no remorse or regret. Atleast have the balls to admit what you said behind her back you coward. #bb11

He shouldn’t have come back:

He doesn’t have guts:

I knew Priyank would make a fool of himself. He lacks intellect to play this game. What he did to Arshi was just too low. NoGuts4Truth #BB11

Practice what you preach:

What did you do with Arshi
Idiot

Once a loser always a loser:

Priyank is the perfect example of once a Loser always a loser. Not only he provoked Sapna against Arshi but also lied after that. #BB11

However, few people supported Priyank and took a jibe at Arshi. Check out some tweets:

Priyank is back with a bang:

These Bollywood Actresses Are Chain Smokers. How Many Did You Know?
Karan Took A Dig At Prabhas After 20 Crores Demand? Twitter Trolled Him Left & Right