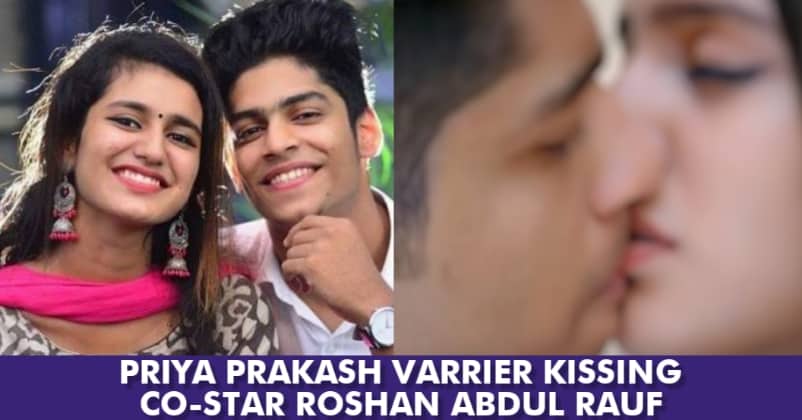 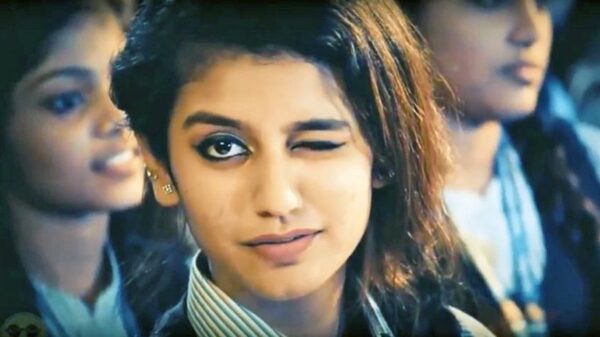 In the video, Priya was seen winking at her co-star Roshan Abdul Rauf but the style with which she winked made people go crazy for her and her social media following increased by leaps and bounds in a couple of days.

People started waiting for the flick as everyone wanted to see more of the winking star but fans’ interest subsided due to continuous postponements of the movie; however, the good news is that it is finally going to release on 14th February this year.

Priya is once again ruling the virtual world and social media as one more scene from her flick in which she is seen kissing Roshan Abdul Rauf has got leaked and is going viral for the obvious reasons.

Priya will also be making her Bollywood debut soon with movie “Sridevi Bungalow”. When its trailer was released, social media users slammed the makers for using the name of veteran actress Sridevi to gain benefit. The film also has a scene that looks to be inspired by the last moments of Sridevi as she took her last breath in a bathtub. However, the makers and Priya denied any such charges and said that it is a co-incidence that the name of the lead character is Sridevi in the movie.

“Oru Adaar Love” is directed by Omar Lulu and is being released in Telugu and Kannada as well.

We offer the entire cast our best wishes.

‘Who Clicked The Picture?’, Netizens Want To Know About Nick And Priyanka’s Secret Photographer
Shibani Dandekar Finally Opens Up On Dating Farhan Akhtar, Says She Has Nothing To Hide