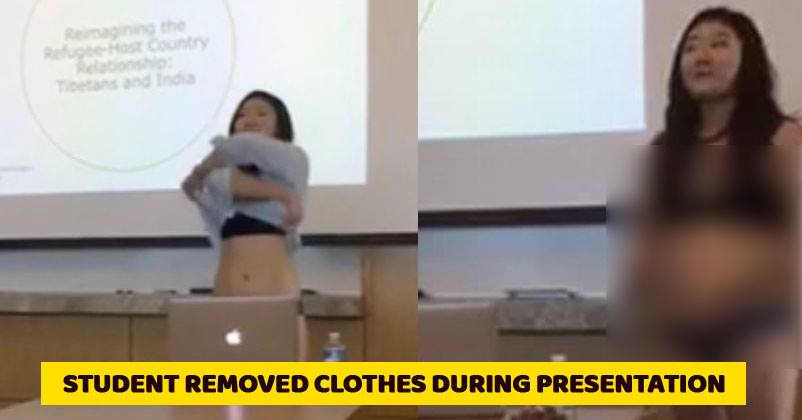 Cornell is counted among the USA’s most renowned universities that have nurtured some bright and brilliant minds. However, this university too has its share of controversies and here we are going to tell you about a bizarre incident that took place there.

It so happened that a student named Letitia Chai was giving presentation of her honor thesis on Saturday. Fellow students as well as teachers were present there and as per Daily Mail, she started removing her clothes to bra and underwear in front of them. 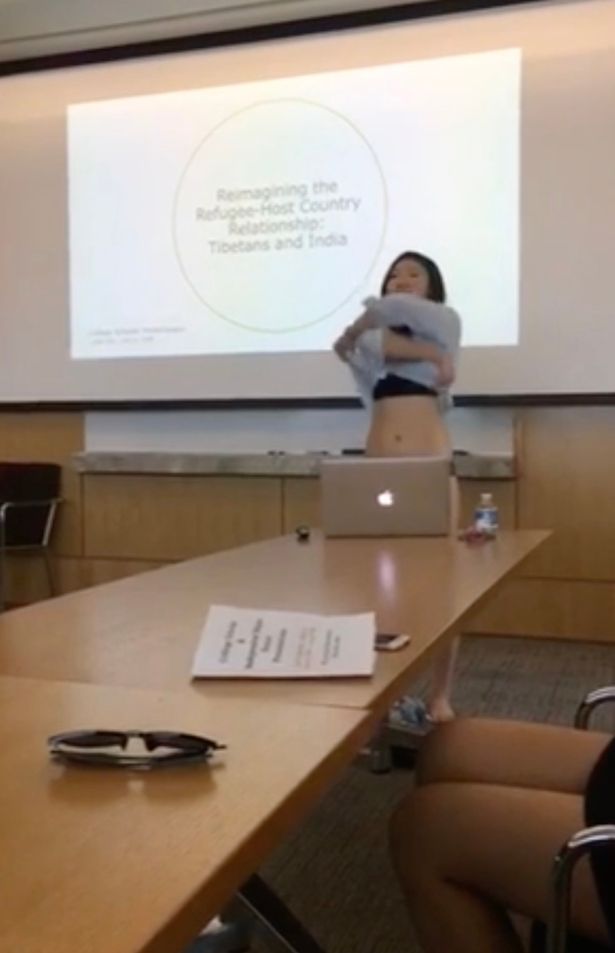 It was an act of protest because earlier during the trial of presentation, Letitia’s Acting In Public professor Rebekah Maggor allegedly told her that her shorts were very short. The student wore cut-off shorts and a blue button down shirt at that time and after her professor’s remarks, she took to Facebook and shared a long post.

“The first thing that the professor said to me was ‘is that really what you would wear?’ She, a white woman, continued: ‘Your shorts are too short’. The professor proceeded to tell me, in front of my whole class, that I was inviting the male gaze away from the content of my presentation and onto my body. She said I was making a statement by wearing my outfit. I told her that I sure as hell wouldn’t change my statement to make her or anyone else feel more comfortable.” 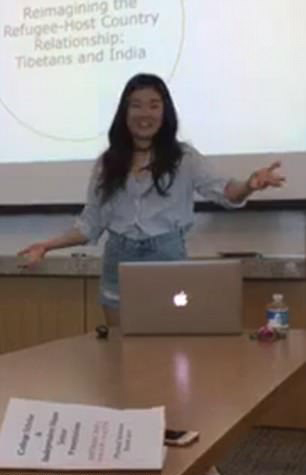 As per the girl, a boy in the class agreed with the professor and this made her leave the room. Her professor also followed her and asked as to what her mom would be thinking of her dress. To this, the girl said,

“My mom is a feminist, gender and sexuality studies professor. She’s fine with my shorts.”

Letitia Chai asked other students for doing the same on Facebook and when she removed her clothes to bra and underwear, 28 other fellow students reportedly joined her. 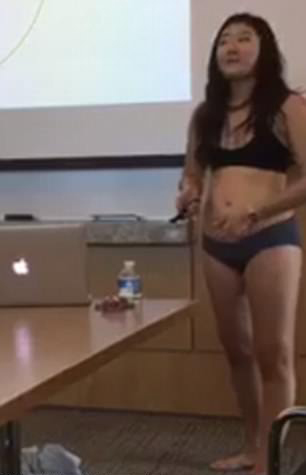 Here’s what the professor told the Cornell Sun,

“I do not tell my students what to wear, nor do I define for them what constitutes appropriate dress. I ask them to reflect for themselves and make their own decisions.”

11 other students of the class released a joint statement according to which the professor’s comment had an ‘error in phrasing’; however, she emphasised on ‘the importance of professionalism in certain public speaking situations’. As per them, Rebekah Maggor also repeatedly apologised for her words.