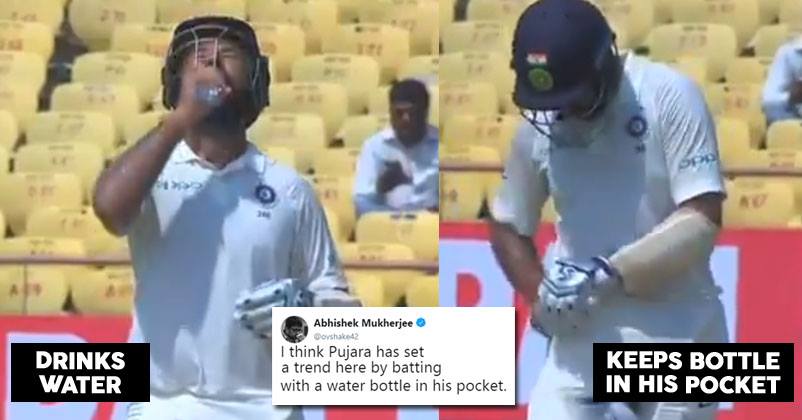 Balling side in cricket often faces problems due to the drink breaks taken by the batsmen. This leads to delay in the matches and quite an inconvenience.

During the 1st test match between India and West Indies recently, Cheteshwar Pujara gave a great show of sportsmanship. 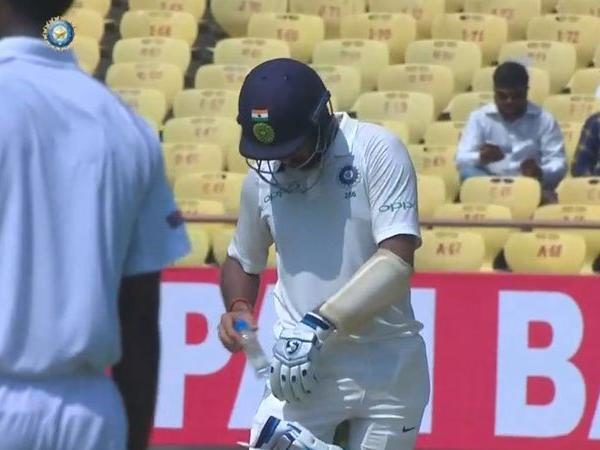 As the man arrived on the field, he had a water bottle carried along in his pocket. This was a never seen before sight in the cricket and Pujara impressed everyone as he took the bottle out and started drinking it without wasting time for the break.

This little but very impactful gesture by Pujara won many hearts. Have a look how people reacted-

Pujara. Probably the first person to score a test fifty while carrying a water bottle in pocket on the field. pic.twitter.com/GTRm0gSHuc

The moment of the day for me after Shaw's century was Pujara taking out the water bottle from his pocket. Never saw that coming. 😂😂

I think Pujara has set a trend here by batting with a water bottle in his pocket.#IndvWI

#Pujara it's not advisable to keep plastic water bottle in your pocket, sometime Ultrasound picks up bottle cracking sound and umpire might give you out even though there wasn't edge!!!

Prithvi Shaw – Why do you keep a water bottle in your pocket?

That's the first 50 for Pujara with a water bottle in his pocket – Sanjay Manjrekar pic.twitter.com/3O58dGSEZD

Pujara along with Prithvi Shaw also maintained the match very well after KL Rahul lost the wicket in first over. Both of them had a great partnership and brought the team out of danger zone.

Isn’t that so amazing?

Continue Reading
You may also like...
Related Topics:Cheteshwar Pujara

Ben’s GF Requests Rashid Khan To Take Care Of Ben, Gets Witty Reply From Him
Virat Kohli Turns Vegan And Says It Has Improved His Game. This Is How Twitterati Reacted