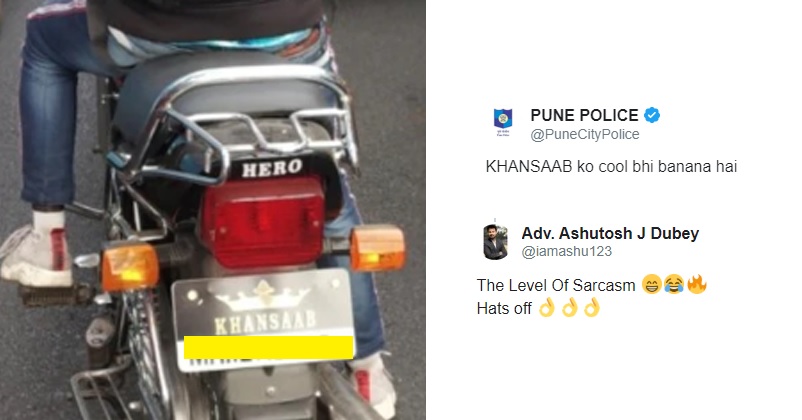 The social media has become a great medium for the government departments of the country to interact with the public and increase their awareness by imparting information on various issues. Social media handles of some departments are getting very famous on the Internet as they are using creativity and humour in a very good manner to promote road safety and encourage people to follow traffic rules. One such account is the official Twitter handle of Pune Police and it has once again showed that it can be savage whenever required.

A Twitter user whose handle is @Chandra75615686 posted an image of a biker who was clearly breaking the traffic rules as he was riding the bike without helmet and his number plate was quite fancy. 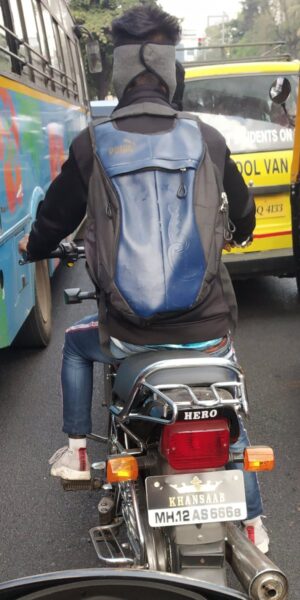 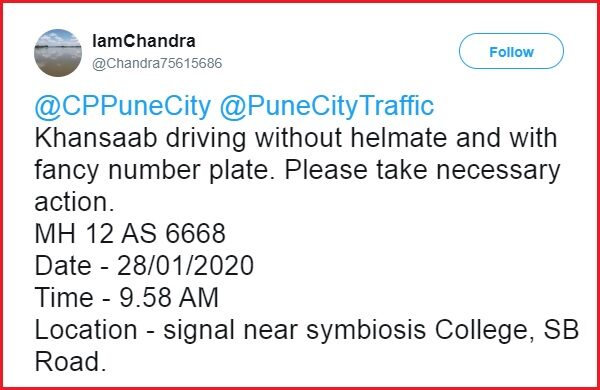 Pune Police could have kept it simple but it would not have attracted the interest of social media users so they replied with a tweet which read,

Twitterati loved the way Pune Police trolled Khansaab and they also expressed their opinion in a funny manner. Here are some of the hilarious tweets:

Love this humour of the Pune Police. Many of my friends read pune police's tweet just to see the sense of humour.
I think they are really doing a great job…
"SPREADING AWARENESS IN AN ENTERTAINING WAY ".🇮🇳👍

Hahaha wittiness at its best! Hats off Pune police 🙌 Following all traffic rules to avoid the embarrassment here haha

You guys are just amazing. 👍
I want to meet the admin of this handle once in my life but not like KHANSHAAB. 😀

Pune City Police is best 😂 I don't think other comedy serial will survive in Pune. ✔