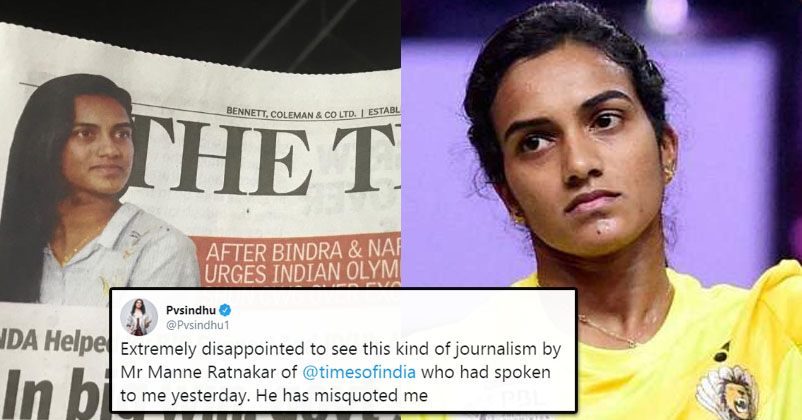 PV Sindhu cleared the air around her views on Indian Olympic Association’s decision to avoid Common Wealth Games. She said that she supports the IOA and the Indian government decision because in the end “nation comes first.” 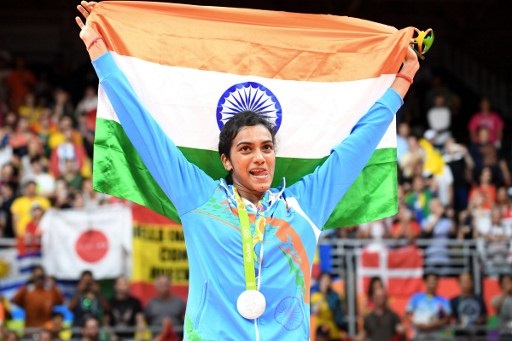 A media house misquoted PV Sindhu after taking her interview. It wrote, “After Bindra and Narang, P V Sindhu now urges Indian Olympic Association not to shun CWG over exclusion of shooting.”

With a snapshot of the headline, Sindhu slammed the media house on Twitter. She wrote, “Extremely disappointed to see this kind of journalism by Mr Manne Ratnakar of @timesofindia who had spoken to me yesterday. He has misquoted me where in I clearly said as players we all want to participate in any sports event but I would always Support what Indian olympic association & our government decide. I NEVER said that I urge IOA not to shun CWG. Nation always comes first
Jai hind.”

After that people also came in support of the badminton player and slammed the media company for misquoting her. They called it names and suggested recording the interviews from now on.

Hasan Ali Comments On His Marriage Rumors, See What He Has To Say
Revealed: Annual Salary Of ICC’s Elite Umpires Garnered A Lot Of Attention