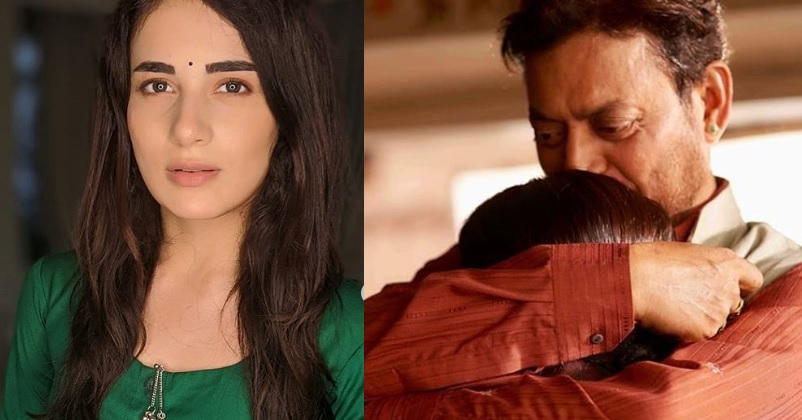 There is no denying the fact that the year 2020 will go down as one of the worst years for Bollywood not just because the release of movies has been postponed or shooting has been stopped but also for the departure of two wonderful actors – Irrfan Khan and Rishi Kapoor. 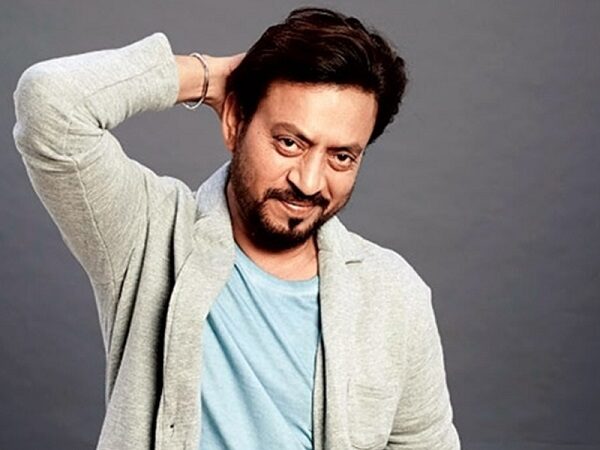 Irrfan Khan was one of the most versatile actors of the industry and it is still hard to believe that he is not with us now despite the fact that we all knew he was suffering from a rare form of cancer and was undergoing treatment.

Irrfan’s last released movie was “Angrezi Medium” in which he portrayed the character of a father who was ready to do anything to get his daughter admitted in a foreign university. Radhika Madan played the role of Irrfan’s daughter in the film and recently she posted a photo on her Instagram with the “Haasil” actor. The image that she shared is from “Angrezi Medium” in which she is seen hugging Irrfan and the caption that she wrote was, “Teri Laadki mai…”

Here is the photo which is making everyone emotional and bringing tears to the eyes: 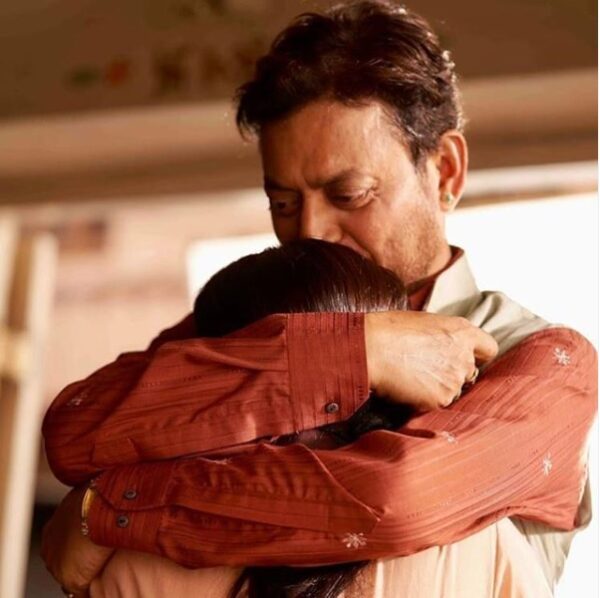 While talking to an entertainment portal, Radhika revealed that she liked Irrfan’s performances in “Maqbool” and “Paan Singh Tomar” the most and she got the chance of meeting him few times for readings before the start of the shooting. Radhika also said that Irrfan Khan was a very sweet and loving person and the first thing that she said to him was, “Hello Papa”.

The actress who started her acting career with TV shows also told that the shooting schedule was designed keeping in mind the medical treatment of Irrfan. She also said that there was extraordinary amount of energy on the sets because of Irrfan who used to give not just 100 percent but 200 percent. 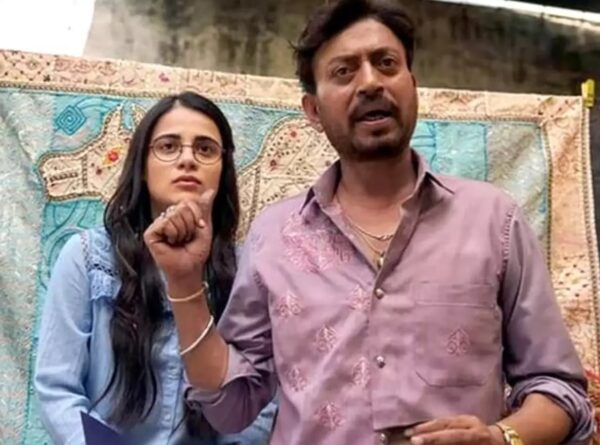 Directed by Homi Adajania, “Angrezi Medium” also starred Kareena Kapoor Khan, Deepak Dobriyal, Pankaj Tripathi and others. The flick was released on an OTT platform considering the fact that the cinema halls have been closed by the government due to the coronavirus pandemic.