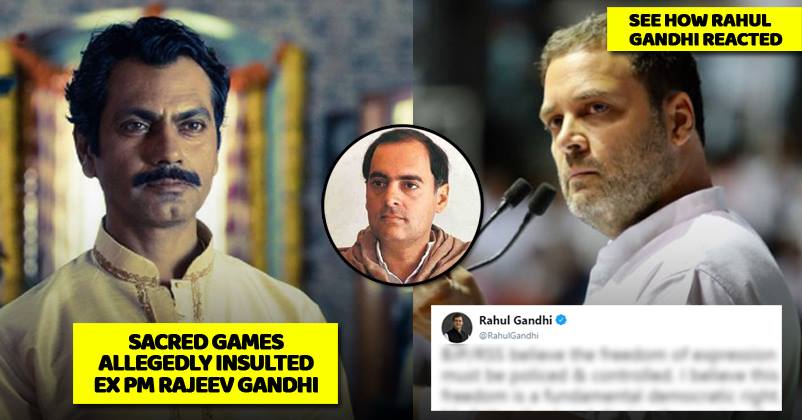 Rajeev Kumar Sinha, the Congress worker had lodged a complaint against Sacred Games since the series had objectionable language against Rajiv Gandhi.

However, his views changed as Rahul Gandhi gave a positive reaction on the same. In fact, Rajeev Sinha even withdrew his complaint following Rahul’s tweet. 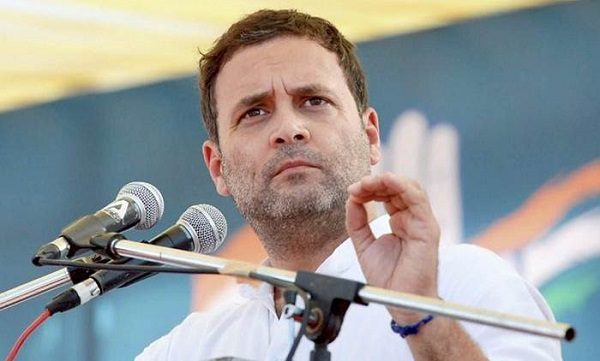 Everyone was waiting for Rahul Gandhi to reply to this controversy and finally, he did. He respected freedom of expression and said that no matter what the web series shows, his father’s character will never change.

Here’s what he tweeted;

BJP/RSS believe the freedom of expression must be policed & controlled. I believe this freedom is a fundamental democratic right.

My father lived and died in the service of India. The views of a character on a fictional web series can never change that.#SacredGames

His tweet read, “BJP/RSS believe the freedom of expression must be policed & controlled. I believe this freedom is a fundamental democratic right.

My father lived and di*d in the service of India. The views of a character on a fictional web series can never change that.”

After this tweet, many celebrities lauded Rahul Gandhi for his positive and open views. This is what they said;

It is impressive that a mainstream politician like @RahulGandhi is taking this clear & progressive stand on freedom of expression & censorship. Also it’s gracious & mature that he is able to set aside the personal for the larger goal of democratic rights. #CreditWhereDue 👏🏾👏🏾 https://t.co/cfEU0S2KaS

Love d response! @RahulGandhi 👏👏! about time! (Although politicians use liberal dose o fiction as n when convenient in their narratives n agendas)..It’s great 2 see a mature take on real fiction- just letting it be! No conjecture! No propaganda! #creativefreedom #SacredGames https://t.co/0z7jaqkYsF

Aren’t you too satisfied with Rahul Gandhi’s views on Sacred Games and insult to his father?