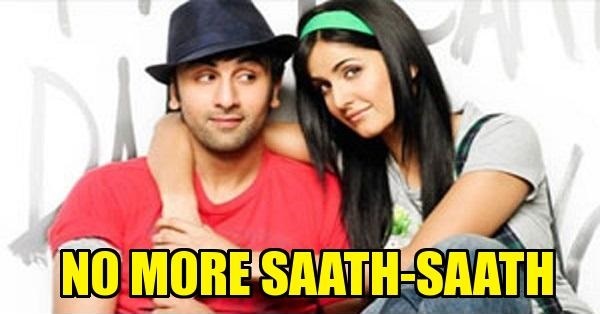 If the sources are to be believed the bollywood love birds Ranbir Kapoor and Katrina Kaif are going to be separated very soon. Ranbir and Katrina are in a live-in relationship which is proceeding towards a break-up; it has been confirmed by a source who said, “It is not working out between them. They have had differences ever since Ranbir went on a major publicity drive with Deepika Padukone for Tamasha.”

Is there any chance of Ranbir and Deepika getting back together? As per the source, they both had feelings for each other even after the break-up, before Katrina came in Ranbir’s life.

Ranbir is presently in London shooting for Karan Johar’s Ae Dil Hai Mushkil and his mother Neetu Singh is also with him. Neetu Singh was never much fond of Katrina and she became unhappy when Ranbir moved in with Katrina in a Bandra apartment which was just opposite to his parent’s house. It is also said that the rent paid for the apartment annually is in eight digits.

Break-up may not be easy for both Ranbir and Katrina as they still need to finish their movie Jagga Jasoos which is being directed by Anurag Basu.

The Great Khali Left Without Any Charge, Even After Killing A Wrestler
World’s First Ever “Hangover” Treatment Clinic, Now Open..