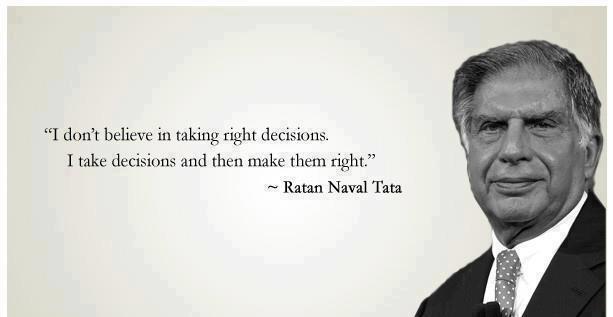 Today, the ford Officials must be regretting as in why they demoralized and ill-treated Ratan Tata back in 1999 when Ratan Tata and his team went to sell of their inexpert car business to Ford. Pravin Kadle, The MD & CEO of Tata Capital remembers the Ford official saying ““They said they will do us a favor by buying our car division. Ratan was somber throughout the 90-minute flight back to New York,”

The official also remarked in Detroit that “Why did you start the passenger car division at all” since they were little inexperience in that field. And, who knew that after 9 years, Tata and his company will take over the American giant’s marquee brands Jaguar and Land Rover, and lead it into successful venture.

A proud associate with Tata Company, Kadle said, “That was in 1999 and in 2008, the same Ford’s JLR was bought by us. Ford chairman Bill Ford thanked Tata, saying ‘you are doing us a big favour by buying JLR’,”

The not so good recipient of the Tata’s Indica hatchback had driven them to sell the fledgling business to Ford, just after a year of its launch in 1998. “We were called to Detroit for discussions and I accompanied the chairman. For nearly three hours, we discussed the sell-off with Ford officials but were meted out humiliating treatment,” said Kadle

Today in 2015, Tata Group holds a high esteem position in the country as well as in the World Business and Economic scenario.

Indians are always humble and accept the things as they come, Don’t you think Ratan Tata is a true Gentlemen?