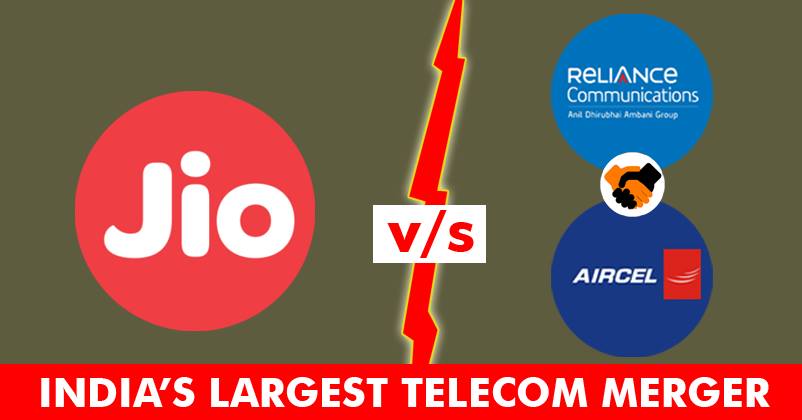 Jio has taken over the market, it has taken over the internet. Everyone is talking about Reliance Jio. People are waiting in long queues to get a Jio sim. Reliance is offering the cheapest mobile data network and the mobile tariffs for the smartphone users in the world. At least this is what it claims to do. With the arrival of Reliance Jio, The arrival of Jio, it has started a fierce battle among Indian telecoms firms to win customers. The other telecom companies couldn’t simply sit and wait for Jio to take over them. With the launch of Reliance Jio, the tariff war is officially on. With telecom companies like Airtel, Vodafone, Idea and BSNL, trying their best to come up with plans and offers which can help them get their customers back. This Sunday we saw two telecom giants Vodafone and BSNL forming a partnership on a 2G intra-circle roaming agreement (ICR).

Now there’s another interesting turn in the telecom war. This will change the landscape of the telecom industry. Anil Ambani’s Reliance Communications is merging its wireless telecom businesses with Aircel, this RCom-Aircel merge will create India’s third biggest telecom operator in terms of its subscribers. This latest development comes days after Anil Ambani’s older brother Mukesh Ambani made an electrifying entry into the telecom industry with his Reliance Jio. This merger will intensify the competition in the telecom industry. RCom and Aircel had been talks since December last year about this merger deal. RCom and Aircel will hold an equal 50% stake in this new merged entity called “MergedCo”. They will also have equal representation on the Board of Directors. This new telecom operator ‘MergedCo’ will have the second-largest spectrum portfolio amongst all the Indian operators, across the 448 MHz across the 850, 900, 1800 and 2100 MHz bands. It will also add access to 3G airwaves and 4G capacity.

RCom merger with Aircel is one of the biggest deals in the telecom industry. Commenting on this deal, Anil Ambani said,

“Together with our partners, MCB, we are delighted to have taken the lead in consolidation of the Indian telecom sector, first, with RCOM’s acquisition of the wireless business of SSTL (Sistema/MTS), and now, with the combination of our business with Aircel Ltd. in a 50:50 Joint Venture with MCB. We expect this combination to create substantial long term value for shareholders of both, RCOM and MCB, given the benefits of the wide-ranging spectrum portfolio and significant revenue and cost synergies.”

So what do you think guys, will this merger change the landscape of Indian telecom industry? Share your views and opinions in the comments!

OMG! Johnny Sins, Mia Khalifa And Sunny Leone On A College Banner!
World’s Smallest Baby Born With Feet The Size Of A Fingernail