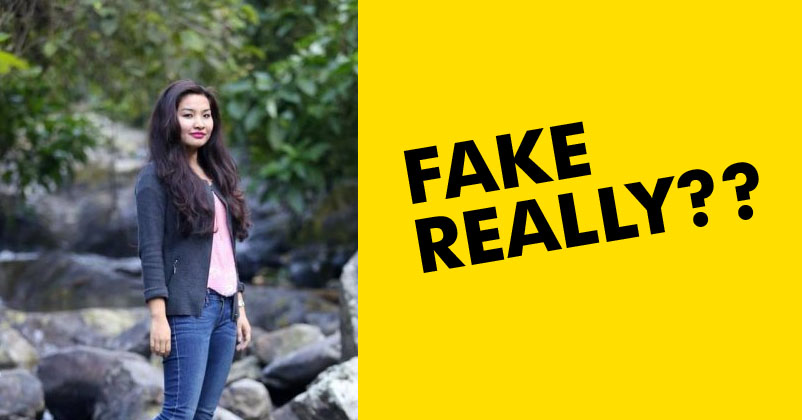 Internet is a big wild crazy world. Here, anything can flip at anytime and the people will change their opinions in no time. They believe on what they see, which is kind of right, but ignores the most important thing, ‘NEVER BE BIASED’. Always try to think from the other person’s perception. May be things didn’t go as stated by that one particular person.

Few days ago we came up with an article where a girl from Maniour, Monika Khangembam alleged that an immigration official at Delhi’s I.G.I Airport tossed racist remarks at her when she was on her way to Seoul for a conference to represent India. Monika took this to her Facebook wall and posted a status explaining her ordeal by writing that when she went to the immigration desk at Indira Gandhi International Airport around 9 PM on Saturday, an official checked her passport and asked, “Indian toh nahi lagti ho” (you don’t look like an Indian). According to her he then allegedly smirked at her and shamefully asked her about the number of states in India, in an attempt ‘to find her degree of Indianess’

Now as per ‘The Hindu’ report, Home Minister Rajnath Singh had ordered a probe and an internal inquiry was conducted on that particular matter by the Bureau of Immigration, which on further investigation with the help of CCTV cameras found out that the official did not make any such racist statements. “We conducted an inquiry and found that the official only asked her one question — to name the States Manipur shares its boundary with. It is not unusual for immigration officials to ask such questions. We take these complaints seriously and last year we even dismissed an official when a complaint made against him by a woman was found to be genuine,” said the official.

Now, I don’t know about how will you react if I ask you about the countries with which India shares its border. Definitely a lame question, RIGHT ? But yes, I might have the right to ask this if I am apparently a self proclaimed humorous immigration officer.

Personally I don’t find question like this as ‘A NORMAL QUESTION’ instead a more unusual one. Now many of you might put forward an argument by saying that what the immigration officer asked was right on his behalf as a duty for his country, but let us just admit that the base of this probe and investigation is on the footage recorded by CCTV camera. And from my limited knowledge about technology, I find it hard to remember the launch of any CCTV camera with such a precise sound recorder that it can tap into the conversation of two people out of a crowd of more than 50 or so. Many people are having different opinion about it. I didn’t know her, how she was as a person, its just me with my mindset and perception. You may have yours and you are free to express it. So please share your opinions about this matter in the comment section below and try to respect each other’s opinion without making an derogatory remarks ! !

Continue Reading
You may also like...
Related Topics:Fake, MANIPUR, nothing immigration, probe, racism

“INTERIOR CAFÈ NIGHT” A Short Film Where Love is Lost and Found When Life Decides to Give You A Fair Chance
This Is How You Can Use WhatsApp Without Internet – NO HACK ! !