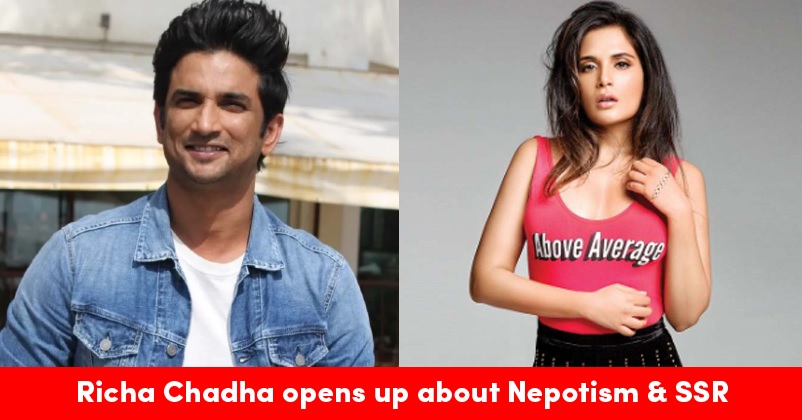 It has been more than a month that Sushant Singh Rajput bid goodbye to this world but people are still talking about him. Recently, Bollywood actress Richa Chadha chose to share her opinion in a blog on various issues such as nepotism, star kids, trollers, operational style of Bollywood, etc. She also shared some beautiful memories of the “Kedarnath” actor with whom she used to go for workshops on his bike. 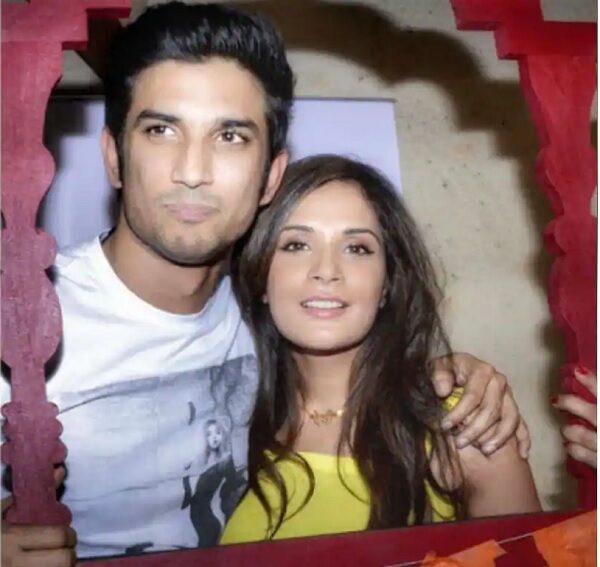 Richa writes about the ongoing outsiders vs insiders debate and says that she feels complete Bollywood is divided in two types of people – kind and unkind. Talking about the operational style of the industry, the “Fukrey” actress says that in the short period that she has spent in Bollywood, she has assessed that it works like a food chain, adding that who are feeling annoyed and angry today have also been very rude to their juniors at one point of time.

The “Masaan” actress writes that she has come in contact of many insiders who have been very courteous and kind and with many outsiders as well who have been egoistic and considered themselves to be very important. She also talks about nepotism and says that someone taking birth in a star’s family is the same as we take birth to our parents. She further adds that when we are not ashamed of our parents then why we expect the star kids to be ashamed of their parents, their struggles and their legacy. She calls it a senseless argument and asks whether her kids will also face such things if they try their hands in Bollywood despite the fact that she herself is a self-made person.

Richa also says that the star kids may be privileged but they also don’t have those experiences which the outsiders have. She recalls the old times when she used to go for theatre workshops with Sushant who used to pick her from her flat in Andheri West. She says that she was thankful towards Sushant for giving her a ride and at one fell swoop, she has also cleared the fact that neither she was poor nor broke. However, money was still something about which she was concerned a lot especially when she had to go for a commercial audition for a skin brand. According to her, she had to worry about her makeup getting spoiled in an auto-rickshaw before she reached the studio; nevertheless, if any star kid had done that, he/she would have been called humble and nice for travelling in an auto-rickshaw.

Richa Chadha further adds that the problem with privilege is that those who have it are not able to see it and there can’t be a serious debate on equality until we talk about entitlement which will certainly not happen by accusing privileged for someone’s tragic end. She says that if Bollywood has to be made world class, people working in the industry have to understand the difference between nepotism and legacy. 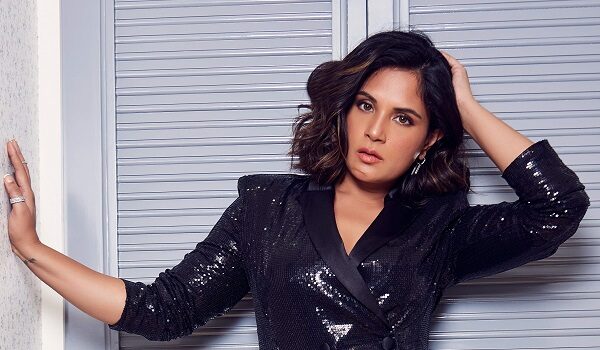 She also slammed the fans who trolled Sushant’s friends and girlfriend after his departure and stated that discussions on mental health should take place instead of nepotism.

Click here to read the complete blog of Richa Chadha

Do you agree with Richa’s views? Let us know.

Shah Rukh’s Wife Gauri Trolled For Her Artwork, Twitter Compared It With Majnu Bhai’s Paintings
Madhavan Has A Great Response To The Fan Who Asked Him How He Lightened His Skin Colour