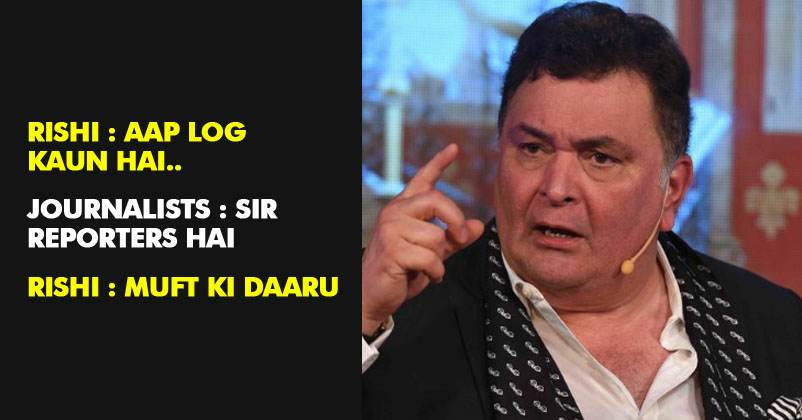 Veteran actor Rishi Kapoor (65) has once again made headlines for all the wrong reasons. Rishi’s short-temper has made him do things which have aggravated many others and if you remember, the “Kapoor & Sons” actor has a history of getting trolled on social media networks for his antics.

Rishi Kapoor was in Delhi for attending the launch event of a book written on his father late Raj Kapoor; the book is authored by Rishi’s sister Ritu Nanda. 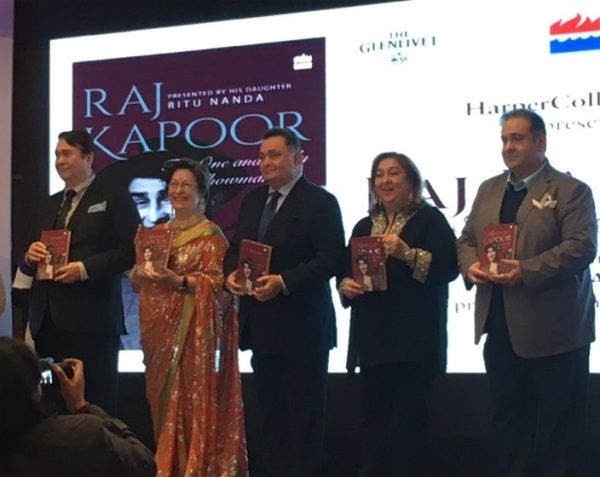 During the event, he insulted three journalists who were there to attend the event and they were invited by the publisher. In fact, one of the journalists was from IANS. As the actor was coming out of the washroom, he saw three of them and asked, “Aap log kaun hain (Who are you guys?)” The journalists showed him their ID cards and the actor walked mumbling, “Muft ki daru”.

Thank you Delhi for your love and respect for Raj Kapoor. pic.twitter.com/e3s8r57rft

As per the report, personal security person of Rishi Kapoor came and told these journalists to leave. He said,

When the associate of the publisher came to know about the incident, he asked the security in-charge to interfere in the matter. The hotel security personnel stated,

“You know how Rishi Kapoor is. He has created a scene at our hotel twice in the past.”

Rishi Kapoor has not responded on the matter till now. 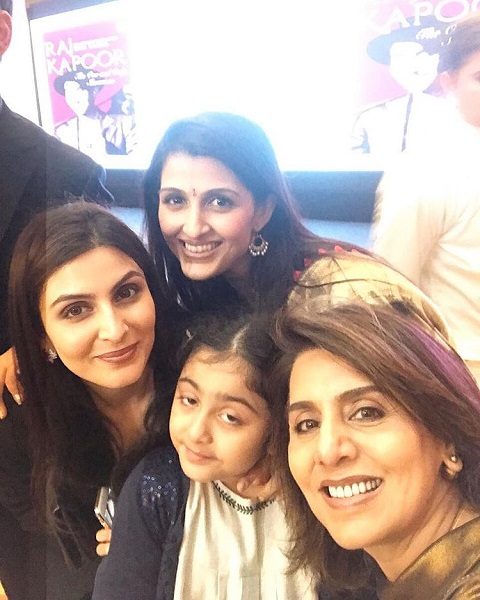 Twitter slammed the actor for his behaviour. Check out some comments:

Rishi Kapoor is that phupha ji who embarrasses everyone at every family function https://t.co/6SDxPURmAT

Rishi Kapoor Insults Delhi Journalists With “Muft Ki Daru” Comment https://t.co/0qa5TMH0IS. Now we know what to do in an event that says Rishi Kapoor is in attendance 🙂

He lacks class and manners:

Overrated and failed actor…. humility and compassion is never seen in such fellas…@chintskap

Absolutely appalling behavior at Raj Kapoor book launch. "he walked off, muttering "muft ki daru…". His personal security arrived and asked the three journalists to accompany them out of the hall." https://t.co/DOsKCLJ0QV

Is this old man mad or what?

Rishi will be seen next in “102 Not Out” in which he is working with Amitabh Bachchan.

Rakhi Sawant Asked Zaira Some Sensible Questions & The Whole Nation Wants To Know Their Answers
Arshi Khan To Be Arrested After Coming Out Of The Bigg Boss House? Here’s Why