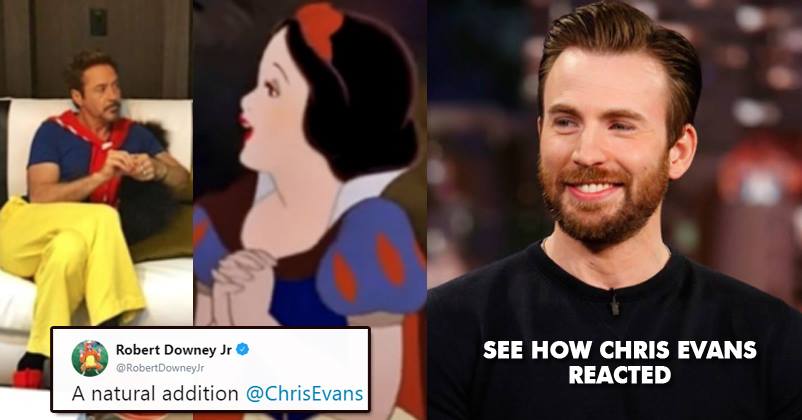 So, Avengers:Endgame is all set to release on 26th April, 2019. Fans are eagerly waiting for their favorite superhero movie, since Marvel announced it’s endgame.

Many of us don’t know but this film is going to be the twenty second film of the Marvel Cinematic Universe (MCU), directed by Anthony and Joe Russo, this film promises big.

Marvel’s Iron Man and Captain America is all for friendship. Their on screen as well as off screen chemistry is a proof that how connected they are as friends.

Recently, Robert Downey Jr shared a post on twitter tagging Chris Evans. And like a doting friend he immediately replied. You simply cannot miss this exchanges.

Well I don’t know how you keep nailing these, but thank you for my new screensaver. And headshot. How do I make this my ringtone? https://t.co/eXGKmUyLiN

Though, their character is not sure how to end up in this upcoming installment, their friendship is for real though.