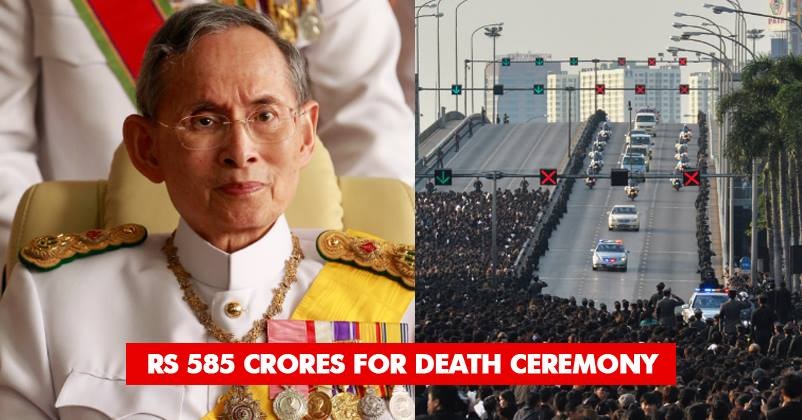 In India, we have come across about expensive weddings but have you ever heard about a high-budget funeral? Well, Bhumibol Adulyadej, the King of Thailand, who died on 13th Oct last year will be given a lavish cremation on 26th Oct this year. 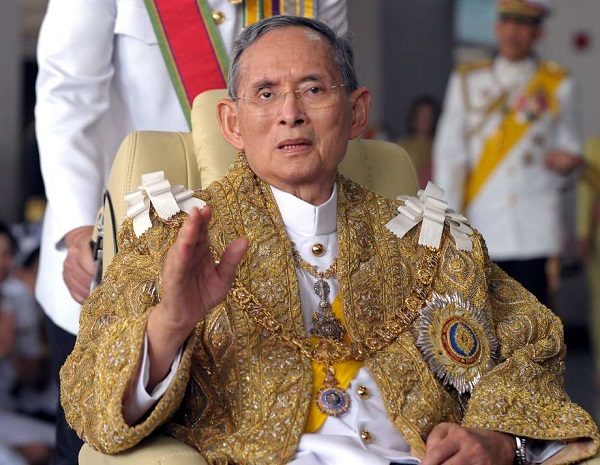 A rehearsal was done of the funeral procession of the late king few days back and all the officials were dressed in black tops and ancient dresses as the band was playing the music. As of now, the king’s body is placed in the coffin but urn represents the remains of the monarch. Some were holding the duplicate of urn while few were holding the gold framed portraits of the monarch. 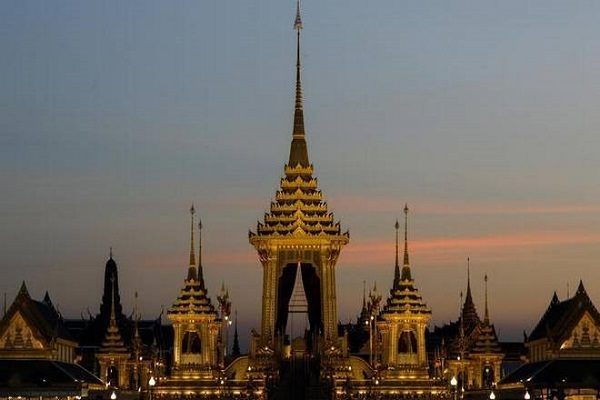 The budget for this lavish funeral has been kept as 3 billion baht ($90 million) or if we convert it into Indian currency, it will come around to Rs. 585 crore. The preparations were going on for almost a year now with several artists working to make gold-tipped Thai pavilions which are made in front of the Grand Palace.

King Adulyadej ruled Thailand for nearly 70 years and he was considered as a demi-god by the public. It is said that nearly 2.5 lakh people will be attending the procession. What’s more, many leaders of other countries will also attend the funeral including King Jigme Khesar Namgyel Wangchuck of Bhutan and Japan’s Prince Akishino and Princess Kiko. 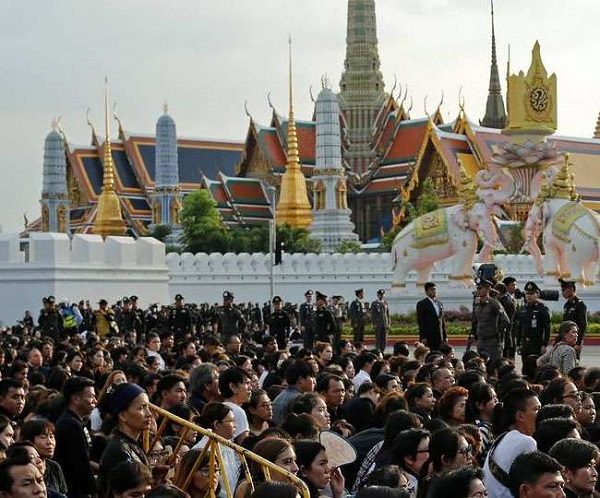 26th October is declared as a national holiday and many businesses have already declared that they will be shut down on that day.

It seems that it’s going to be the most expensive funeral of any leader.

Virat Kohli & Anushka Sharma To Get Married In December This Year?
Singapore Government Will Not Let The People Buy Cars From Feb 2018, Wants To Control Traffic