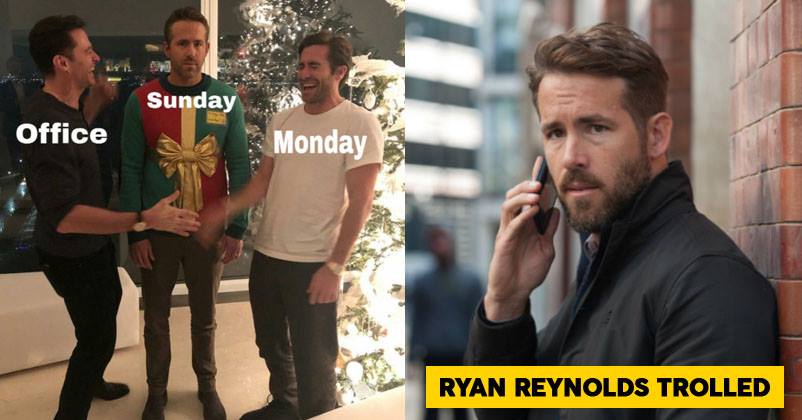 Christmas is the last big festival of the year and is celebrated worldwide with immense happiness and excitement. Just like Mango people, celebrities in Bollywood and Hollywood also celebrated Christmas with great enthusiasm.

Deadpool star Ryan Reynolds took to Instagram and shared a couple of funny photos in which he can be seen standing with a frowned face along with friends Jake Gyllenhaal and Hugh Jackman. He wrote-

These f*cking assholes said it was a sweater party. 🎄

Wearing an ornate Christmas sweater with a huge golden bow, Ryan looked like a typical prank victim. Have a look-

These fucking assholes said it was a sweater party. 🎄

You can also check the pictures below. 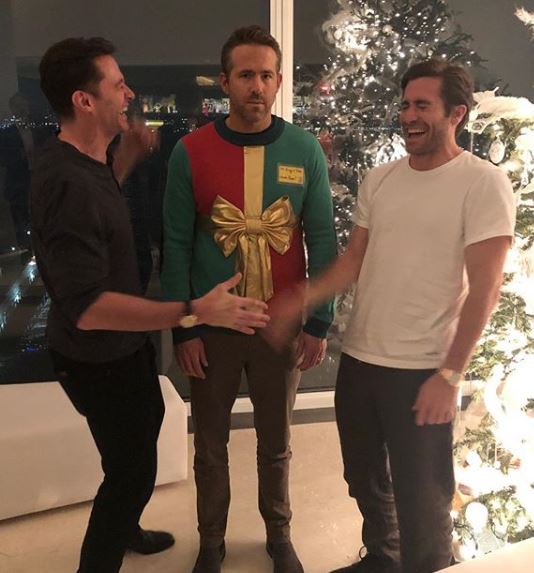 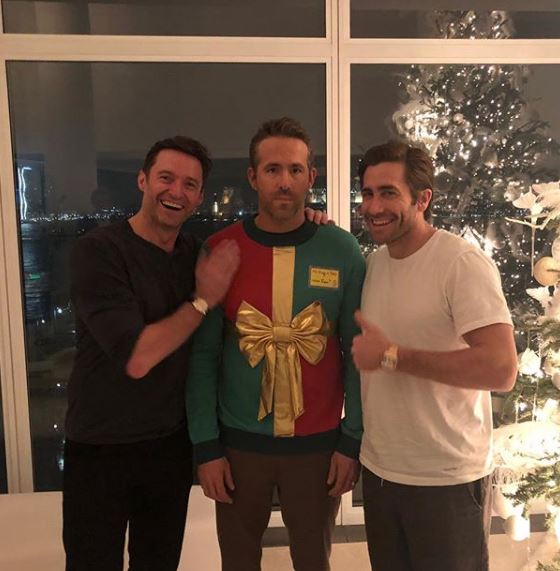 Netizens were so much amused by the pictures that they made it a meme topic. Here we bring you a list of highly relatable jokes and memes created by netizens which will surely make you laugh.

I love the look on Ryan Reynolds' face. It's so relatable. pic.twitter.com/KkNOrApLPL

Me always with her BestFriend: pic.twitter.com/vi5MXGHFVh

Continue Reading
You may also like...
Related Topics:Ryan Reynolds