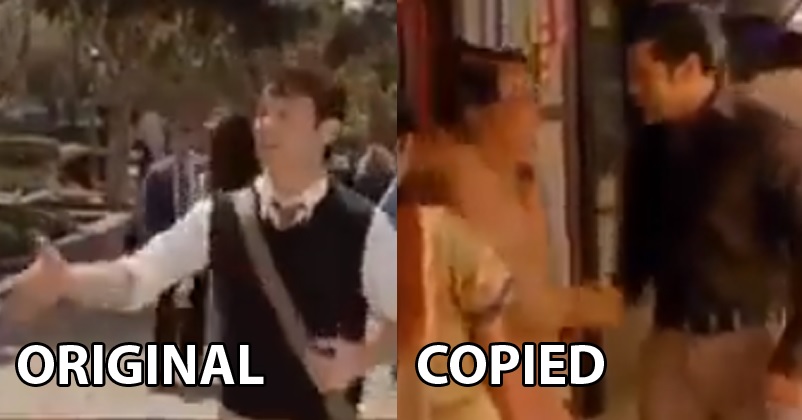 There is no denying the fact that there is a lack of originality in Bollywood and many moviemakers have made their career successful by getting inspired or rather we should say by copying the flicks of Hollywood. There is another breed of filmmakers who don’t believe in looking towards Hollywood, instead they focus on the southern movies industry and copy their movies. It is not just the story or the concept of flicks but Bollywood is also known for copying the tunes and now a Twitter user has made a revelation that the choreography in this industry is also copied.

A Twitter user has posted a 25 second song sequence of the song, “Tere Mast Mast Do Nain” which is from Salman Khan and Sonakshi Sinha starrer “Dabangg” along with a song sequence from a Hollywood movie “500 Days of Summer”. “Dabangg” got released in 2010 while “500 Days of Summer” is a year older than Salman Khan starrer and both the song sequences seem to be very identical as if the choreographers were very much inspired from the Hollywood movie’s music sequence.

However, we don’t want to make any statement in this regard and leave it for you to decide.

Here is the clipping which has been captioned by the user, “Dabangg scene was copied from 500 days of summer..! Salman Khan LOL” with the laughing emoji.

Dabangg scene was copied from 500 days of summer..!

Do you also feel that the choreographers of “Tere Mast Mast Do Nain” copied the choreography from the musical sequence of the Hollywood movie? Let us know what you think in this regard.

Do You Know Saif Ali Khan’s Dialogue In Debut Film Parampara Made Aamir, Raveena & Neelam Laugh
Genelia D’Souza Talks About Her Bollywood Comeback, Says “People Told Me Your Career Is Over”