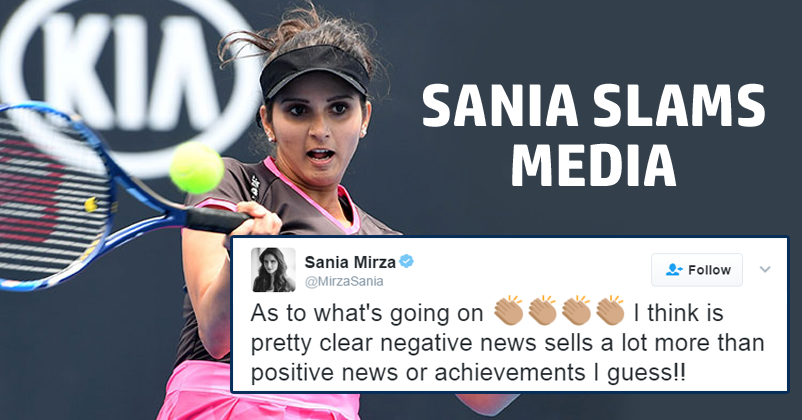 On 9th of February, Mirza was issued a notice by Hyderabad tax department over non-payment/tax evasion on Rs 1 crore which she received from Telangana government and was ordered to answer all summons through authorized agent or in person. Sania’s accountant appeared on her behalf for clarifying the issue and said that it was her training incentive. However, Sania Mirza seems to have lost her cool after seeing the way media has covered this issue. Yes, she slammed the media for focusing on negative issues instead of covering her entry into Qatar Open’s semifinals.

In a series of tweets, Sania Mirza bashed the media for not concentrating on the “GOOD PART”. Check out her tweets…

a tournament in Qatar ,but heyyy there are 100 articles bout 'tax evasion' which most of them don't even understand properly

As to what's going on 👏🏽👏🏽👏🏽👏🏽 I think is pretty clear negative news sells a lot more than positive news or achievements I guess!! Do share your views about this in our comments section below.

Top 10 Sexiest And Most Dangerous Female Bodybuilders!
End Of Dhoni’s Captaincy Era! Dhoni Is Now No More The Captain Of Rising Pune Supergiants