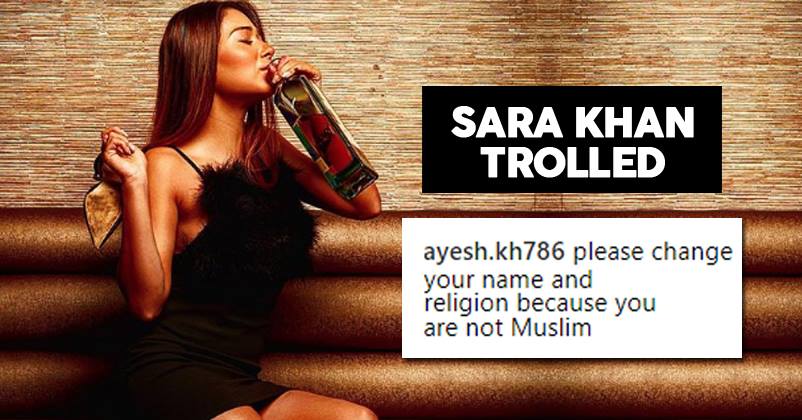 Trolling actresses on the social media is not a new trend and whenever any actress takes to Instagram or any other social media platform and posts something that does not go well with haters, she becomes an object of mockery and her post is filled with hate comments.

Actress Sara Khan who was earlier trolled when her bathtub video went viral is once again targeted by trollers as she posted a sensuous photo in which she can be seen holding something which appeared to be an alcohol bottle in her hand and it feels as if she is taking a sip or two.

The caption that she wrote is, “Menu pal pal judge Karda ye zamana” “(I am being judged by the society every moment)”. 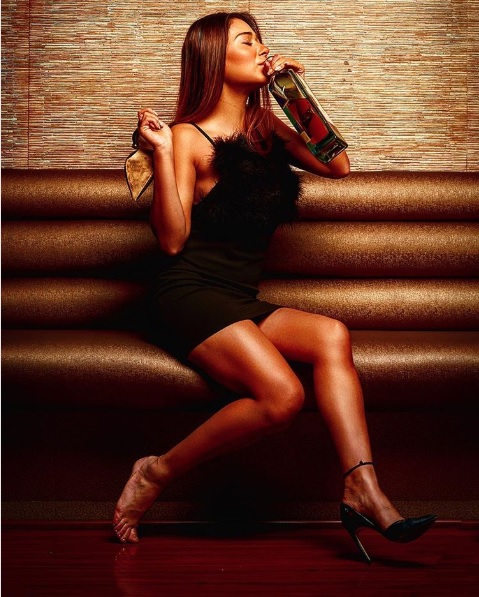 Many of her admirers loved her photo and appreciated her hot looks while there were some who didn’t like it and made some very cheap comments. Some slammed her for promoting alcohol while others were not happy as they felt that she is showing disrespect to her religion.

What do you have to say about this photo of Sara? Do you also find anything wrong in it? Let us know your views.

Kapil Sharma And Sunil Grover May Finally Come Together For A Comedy Show. Fans Are Excited
Gauri Khan Was Asked About The Most Annoying Habit Of Shah Rukh Khan. Here’s What She Said