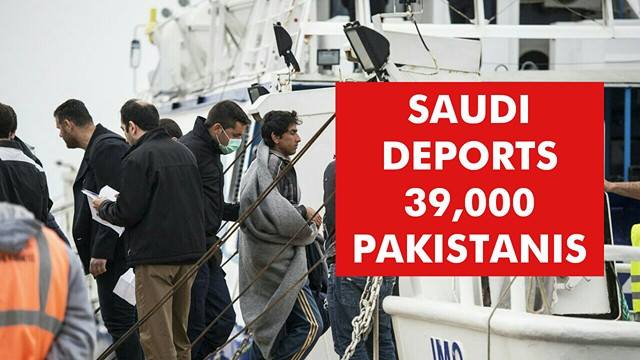 Trump’s immigration ban is the hot topic of discussion these days; he claims that this move will maintain the security of the country. But amidst all this, a shocking news about Saudi Arabia has come to light. Moreover, officials also reported that some of them were held for forgery, physical assault, thefts and trafficking. As per the newspaper, Saudi Gazette, these Pakistani nationals were involved in various terrorist activities and this was posing a great danger to the nation.

Abdullah Al-Sadoun, the Chairman of Shoura Council (Security Committee) was asked to conduct thorough scrutiny of these nationals before entering Saudi, even though they come for work purpose.

Reports quoted Sadoun as saying that the religious and political inclinations of Pakistanis who come to Saudi should be known to both the nations. According to him, there’s growing terrorism in Pakistan owing to its proximity with Afghanistan. He says “The Taliban extremist movement was itself born in Pakistan.”

As of now, around 82 Pakistani suspects of security issues and terror are in prison; this was as per a report released by Saudi Interior Ministry. The report also said that they arrested around 15 Pakistanis after terrorist operations that occurred in Jeddah. This is not the first time; even in 2012-2015, around 131,643 Pakistani nationals were deported and majority of them were entrepreneurs and job seekers.

Sagarika Ghatge Opens Up About Rumored Affair With Zaheer Khan! Here’s What She Said!
You CANNOT Send These Types Of Attachments From Gmail After February 13