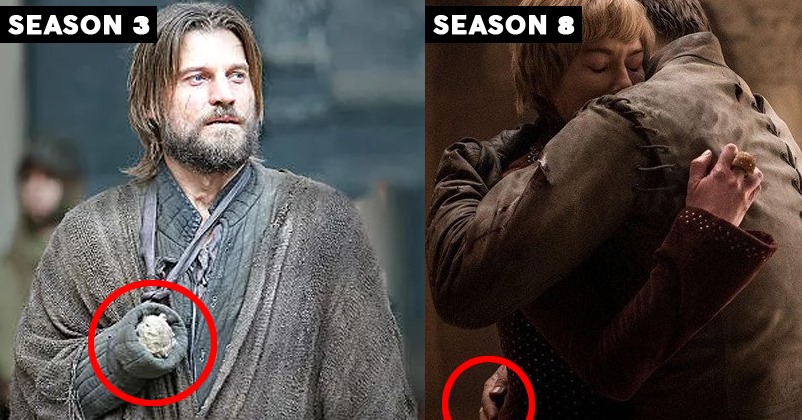 Nothing goes unnoticed from the keen eyes of viewers and they had once again spotted a mistake in the last aired episode of Game of Thrones. After trolling the show’s makers for the silly mistake of overlooking Starbucks coffee mug on the table in front of Mother of Dragons and then airing it in episode three, now they have found the missing hand of Jamie Lannister.

Yes, you read it right. In the fifth episode of season eight of Game of Thrones, fans spotted the mistake and taking it to Twitter one user @ChibsRSR along with a screenshot from the show, wrote, “Jaime Lannister magically has his right hand, in last night’s episode of #GameOfThrones… I imagine he needs that hand, to hold his Starbucks.”

In the screenshots going viral on social media, Jamie’s hand, which was cut off in season 3 is clearly visible and fans are coming up with hilarious reasons for it. Read the funny tweets here:

Now what? Jaime grew his hand ? How do start a petition to reshoot season8? #GameOfThrones pic.twitter.com/fvM63Iup3x

Jamie Lannister magically has his right hand, in last night's episode of #GameOfThrones… I imagine he needs that hand, to hold his Starbucks. pic.twitter.com/PWcRIPGBqS

“We kind of forgot Jaime lost his right hand in s3” pic.twitter.com/jEuPI4GY2Q

Is this this week's Starbucks cup? 🤣 https://t.co/1f0HhfcxZE