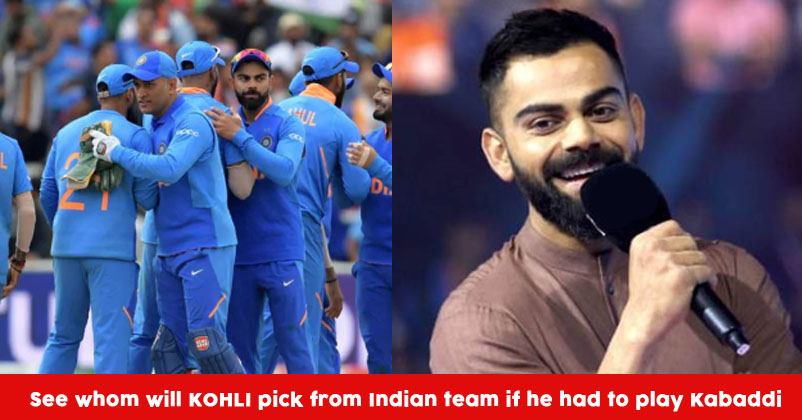 Skipper Virat Kohli was seen at the Pro Kabaddi League on this Saturday. He was seen there cheering for Mumbai against the match played with Pune. He was seen enjoying the game and was also given a difficult task. Kohli was asked that if he had to make his Kabaddi team, who will he choose. Kohli took a lot of time and named the players. 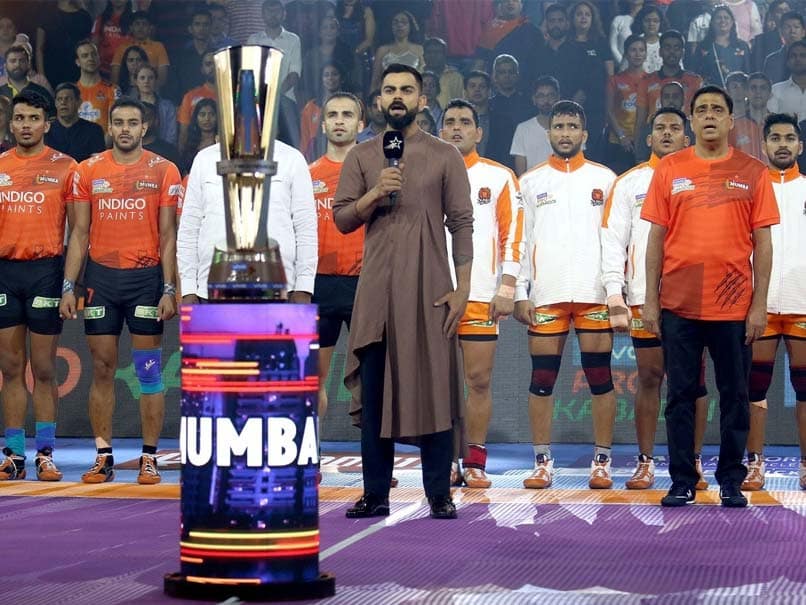 The list comprises of 7 players from the Indian cricket team, without hesitation he first chose M S DHoni and said that the game requires high strength and athleticism. He also added the names of Jadeja, Umesh Yadav, Rishabh Pant, Jasprit Bumrah, and finally KL Rahul. He also said that he would not insert himself to his team!

He said in the video posted on twitter by ProKabaddi, “It requires a lot of strength and athleticism. So I would say, MS Dhoni, Ravindra Jadeja, and Umesh Yadav. Umesh is really strong. Rishabh Pant as well. I would say Bumrah because he can work on a toe-touch. One more… I am not even going to include myself because these guys are stronger and more athletic. The last one would be KL Rahul. That’s my seven.”

Which of his teammates make it to the skipper's kabaddi 7? 🤔

As tough on the mat as he is on the pitch – @imVkohli is a true Pangebaaz as he shows here in this rapid-fire Q&A!

Rohit Sharma & Virat Kohli Spat: BCCI Intervenes To Add Water To Douse The Fire
Urvashi Rautela Says She Is Not Dating Hardik Pandya. Adds She Has Family To Answer To