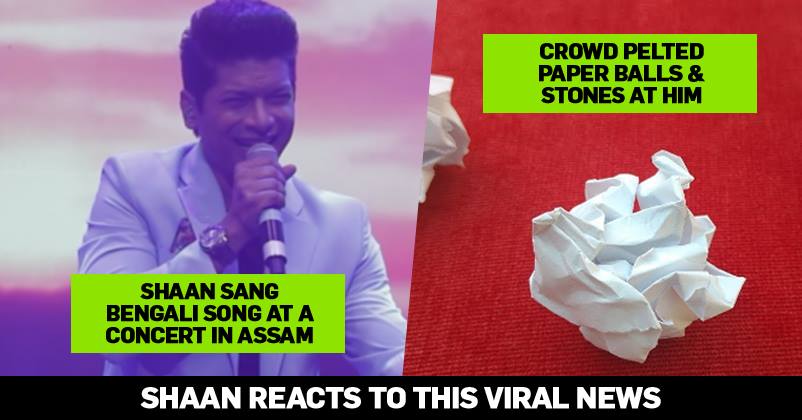 It is said that music has no language as it is a divine feeling and only a pure heart is required to understand and experience it.

However what happened on 29th October in Assam’s Guwahati at a private concert at Sarusajai stadium was not acceptable at all. If reports doing rounds on web and social media are to be believed, the popular Bollywood singer Shaan was assaulted with stones and paper balls as he sang a Bengali song during the concert.

Assam: Stones and paper balls were pelted at Singer Shaan during a concert in Guwahati's Sarusajai stadium yesterday after he sang a Bengali song. 'Please respect the performer' Shaan told the crowd. pic.twitter.com/SRaAvmyOa5

A video of the same also went viral, showing several individuals shouting, “This is Assam and not Bengal” and pelting stones at him. To this, the singer asked people not to make it political and never behave in such a manner with an artist. 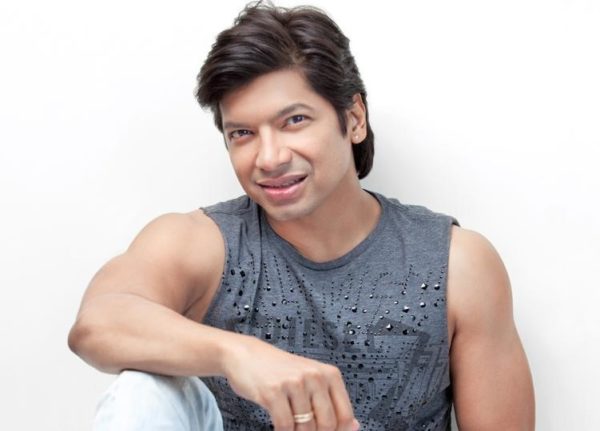 He also requested them to respect a performer and subsequently stopped performing and went backstage. At the same time, he told people that he had been performing in spite of having fever. Nevertheless, he came back when the organizers requested for the same.

Twitter slammed Assamese for such kind of behaviour with an artist. Here are some selected reactions:

This way we plan to become a tourist hub? Law & order situation in decline for sure.. @assampolice should be more vigilant and take strict action against such antisocial elements.. we cannot grow with gaator bhekuli mindset..

Why is this intolerant attitude growing amongst the youngsters of Assam? There are acid attacks, vandalism, mob attacks, and so many other anti-social activities. Strict actions should be taken so that an example is set.

Shameful Indeed. I Am Not A Guwahatian But As An Assamese, Pl Accept Our Sincere Apologies @singer_shaan.

Music Never Has Any Language Boundary.

The Miscreants Should Be Punished.

Chauvinism Of This Kind Is Condemnable In Strong Words.

Shame on those idiots who do not respect a artist as well as other languages and culture..

@singer_shaan really worried to hear the news of stone pelting during your show in Assam. Hoping you left the venue safely. Shame on the people who target an artist over such meaning less issues. pic.twitter.com/u63rz7N2yy

Somebody from the audience in Assam threw stones at @singer_shaan at his live concert to "protect" the so-called "assamese identity". They forget the fact that it's because of some repulsive folks like you that the known faces hesitate to visit the land. Grow up and grow wise!!

After long planning could not attend ur program @singer_shaan in Guwahati.What happen yesterday was really unfortunate? Some people are always trying to create a bad image of Assam when big events occur.Please don't take it in heart our cm @sarbanandsonwal is very sorry for it.

@singer_shaan well said #Assam is a part of India.Artists should be given liberty & respect, come out of regional sentiments
Shame 2 those who threw stone upon Shaan today at Guwahati while he was singing Bengali song on stage
With such mentality Assam can't be made Tourist Hub pic.twitter.com/Vukto3E2vH

@singer_shaan it was pleasure to have you in #Guwahati .. but again feeling embarrassed being an Assamese, for the unfortunate incident. Music is universal so does an artist. Accept our apology but please understand that there are few ppl who will never going to change.

I'm appalled to watch the video where Shaan is apparently pelted with stone for singing Bengali song in guwahati concert. The agenda of 'fake Jatiyatabadi' of pitting one community against other has taken us to this. Music has no Language idiot. Shame !!

However, you will be shocked to know that Shaan slammed media for spreading lies and revealed that only one person threw a folded paper ticket and shouted to stop singing. He also requested people to stop speculating and spreading lies on social media.

“Complete lies!!! One Paper ticket folded up was thrown on stage by One Person after vigorously gestering and shouting to stop singing.. That’s all… please stop these wild speculations and lies 🙏”

Complete lies!!! One Paper ticket folded up was thrown on stage by One Person after vigorously gestering and shouting to stop singing.. That’s all … please stop these wild speculations and lies 🙏 https://t.co/F6QdEuT761

He also mentioned that his Assam tour was memorable and he loved it as he got to see mesmerising sights and made new friends. At one fell swoop, he said that it is not correct to tarnish this beautiful state over an unfortunate incident.

“Just for the records … loved my Assam Tour!! Saw the most fascinating sights… made new friends.. had huge turnouts at every concert.. Over one unfortunate incident it would be Very Wrong to Tarnish this Beautiful State!!! Whatever happened was in the heat of the moment 🙏”

Just for the records …loved my Assam Tour!! Saw the most fascinating sights…made new friends..had huge turnouts at every concert.. Over one unfortunate incident it would be VeryWrong to Tarnish this Beautifull State!!! Whatever happened was in the heat of the moment 🙏 https://t.co/2pcE1IUYLe

We also request people to first verify the authenticity of a news before believing it to be true and reacting on it.