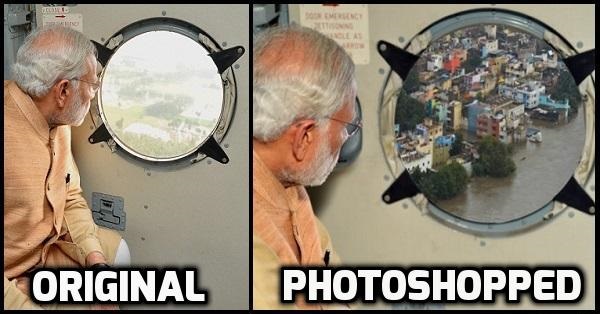 In the above pic you can see that PM Modi was able to see the Chennai with pure clarity. The 1st image that PIB tweeted was surely an edited one. Users on twitter asked for an explanation to PIB and that’s when PIB India deleted the photoshopped tweet without giving any explanation. This is seriously shame for PIB India that they are trying to do PR of PM Modi by circulating photoshopped & fake pics of Narendra Modi.

We need an explanation and apology from PIB India for trying to mislead people of our county.

ISIS Fears Only One Man, “Abu Azrael” – ‘The Angel Of Death’
12 Things You Definitely Should Avoid Doing In Japan