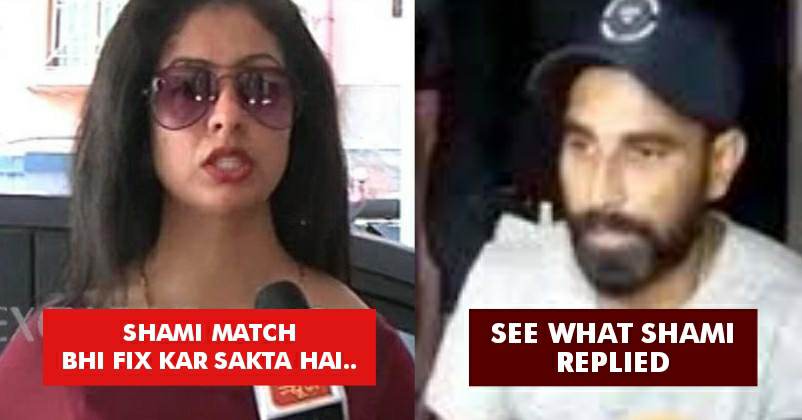 Shami was accused of multiple extramarital affairs; his wife Hasin Jahan made many claims and she also said that the cricketer can “Cheat the nation”.

Yes, she lodged a police complaint with Kolkata police station & also stated that he had been involved in fixing matches. Now, this is indeed a big claim!

Hasin Jahan claimed that a Pakistani girl Alisbah gave him money. She said,

“Alishba is a Pakistani citizen and Shami claimed that she gave him money. I have never been told by Shami for what purpose that money was given. I don’t know but if he can fraud me he can fraud the country too. I have evidence. The media should go to that hotel in Dubai where Shami met Alishba and check if he booked a room or not. I have a recording of Shami saying that he took the money. But why was he given the money in first place?”

Finally, Shami reacted to such claims and his statement has twisted the case totally. In an interview with ABP news, he said that Hasin’s mental health is not at all good.

Shami said that his wife has lost mental stability; he wants her to prove these charges as fixing is a huge thing & has to be investigated perfectly.

“I have been trying to reach Hasin’s family but have not been able to contact her. I think it’s a big conspiracy by the people around her. My only question is why is Hasin saying all these things now and not earlier?”

Let us see what the conclusion is. We will keep you updated.