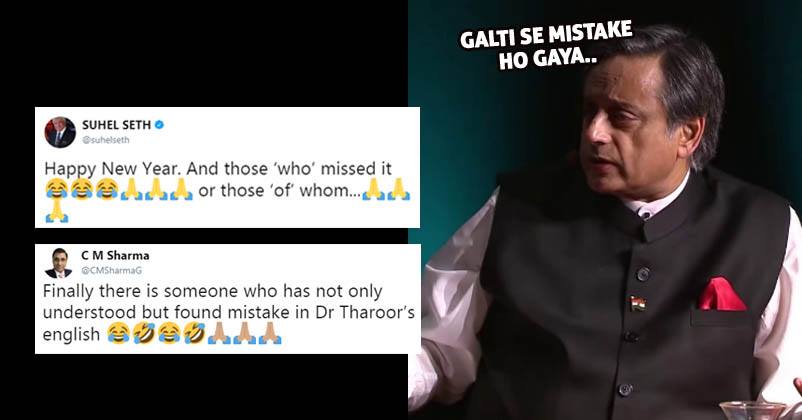 Shashi Tharoor is one of the rarest of rare political personalities in India who are popular for their knowledge and great hold on language like English. More than his political activities, he remains in news for his tweets that are mostly a combination of powerful and “never heard before” words. 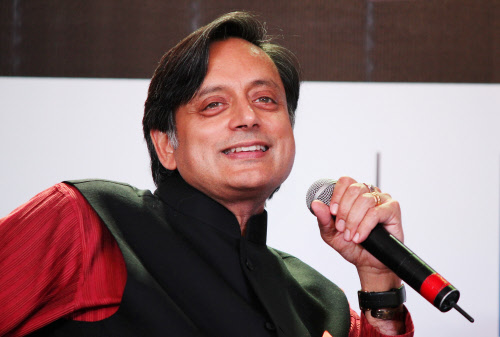 He is so good in the language that people on Social Media swear by his skills and talent.

However, even the bests can make a mistake sometime and something similar happened with Tharoor recently. The Kerela MP took to Twitter to thank the people for joining him on the Facebook Live but made a shining spelling mistake in the tweet.

Delighted to have 20,000 live viewers for my #FacebookLive at lunchtime on New Year’s Day! Those whom missed it can view it at leisure on

Delighted to have 20,000 live viewers for my #FacebookLive at lunchtime on New Year's Day! Those whom missed it can view it at leisure on https://t.co/z3MGd0mvtg @facebook

With the kind of goodwill he has made among people for his English, the mistake didn’t come to the notice first. However, Suhel Seth noted it and brought in front of everyone with a sarcastic tweet. He wrote-

Now this was something really fresh and interesting for the Twitterati who has always drooled over Tharoor’s English. The scene changed and people immediately started flooding his timeline with hilarious reactions. Have a look at some of them-

This will go down in history. Someone correcting Tharoorian English is the rarest sight.

I realised that you are the BAAP of Tharoor.

You‘ve taken the plunge to a different level in the new year 2018 by challenging the English of non other than @ShashiTharoor 😃😂
Wish all a very Happy, Healthy, Successful, Bright & Peaceful New Year 2018 🎊🎉🍻!

Catching the "Farrago" guy on wrong foot – no one can do better than you.

Isn’t that hilarious? What are your thoughts on it?

Continue Reading
You may also like...
Related Topics:Shashi Tharoor

Disha Patani Shared A Pic In Two-Piece, Got Trolled In The Most Miserable Way
Trump & Kim Jong-un Fight Over Nuclear Button & Twitter Is Enjoying With Crazy Jokes And Memes