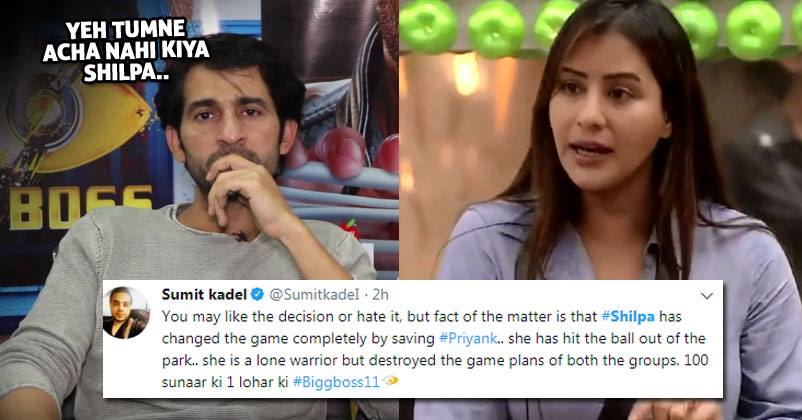 Weekend Ka Vaar was full of twists this Sunday. Contestants were asked to save their favorite among the 2 i.e. Priyank and Hiten. This was no less than a shocker for contestants. They were confused as to whom they should choose;

Hina Khan, Luv Tyagi and Akash Dadlani voted for Priyank. On the other hand, Arshi, Vikas and Puneesh voted for Hiten. At last, everything was in Shilpa’s hands; her vote changed the game altogether.

Unfortunately, she took the most unexpected decision of saving Priyank. We all had thought that she would choose Hiten over Priyank, but she did exactly the opposite.
Priyank had already called Shilpa a “Saand”, so, people didn’t understand as to what made her choose him. In last night’s episode, we got to see a different side of Shilpa altogether. Even Hiten said that Shilpa voted him out as he was a strong contestant and she wanted to decrease the competition. 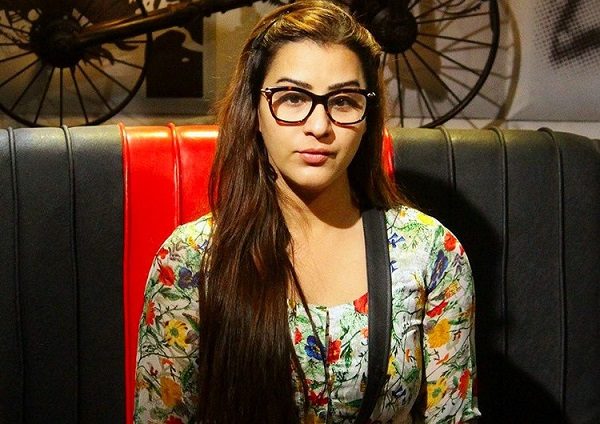 Many people were furious over this decision of Shilpa, but there were some who gave the title of “MASTERMIND” to Shilpa. She’s here to play a game and of course, she will do everything to keep herself safe. She voted out Hiten and further weakened Vikas Gupta’s side, who is her tough competitor.

The best part when gauri said to vikas dont use ur mastermind and get rid of hiten.this is what happened. Anyways hina & shilpa is very strong contenders.shilpa played very smartly buy kicking out hiten out .game mean sab kuch hota hai.

Shilpa ne dikha diya game kaise khelte hai,she took a perfect sweet revenge from Vikas by nominating his friend Hiten.Shilpa proved that she is d real mastermind.This is d Shilpa i really wanted to see,enough of being emotional fool.Shilpa's masterstroke was superb

Hiten saved Shilpa& lied to Arshi. 2day Arshi saved Hiten but Shilpa….? The real.mastermind in this was actually Shilpa. Shocked that she dint save #HitenTejwani #Bb11 #FixedWinnerShilpa

You may like the decision or hate it, but fact of the matter is that #Shilpa has changed the game completely by saving #Priyank.. she has hit the ball out of the park.. she is a lone warrior but destroyed the game plans of both the groups. 100 sunaar ki 1 lohar ki #Biggboss11

What do you have to say about this? Was her decision right?

Hiten’s First Interview After Eviction Is Full Of Revelations. Names The Most Fake Contestant
Mohanlal Has Lost 18 Kg Weight In 51 Days. His Transformation Has Impressed Everyone