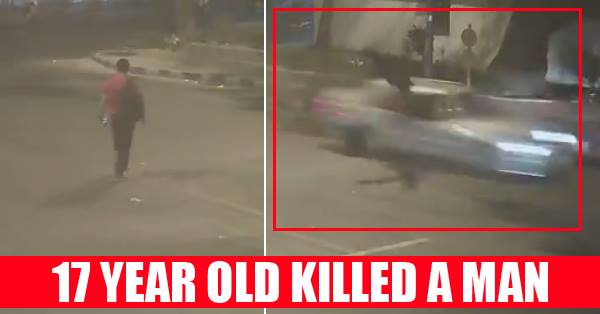 There is no denying the fact that Indian judicial system is pretty old and there are many laws which need to be amended and one of them is the law related to minors. The minors of today are not behaving like minors; in fact they are surpassing the capacity of adults when it comes to committing any crime. If we look back at the Nirbhaya rape case, one of the accused was a minor and it was said that he was the one who acted in the cruelest way but he received very less punishment as juvenile laws are lenient.

In a recent incident in Delhi, a minor has killed a 32-year person in a car accident but he won’t be punished for his crime as there is no law related to it. The name of the victim is Siddharth Sharma and he was employed in a multinational at the post of marketing head. On Tuesday, Siddharth was killed in an accident at Civil Lines when he was hit by a speeding Mercedez which was driven by a 17 years old boy. The minor won’t be tried in the court since there is no law for the purpose, only his father will be fined and nothing else can be done in the matter.

Watch The Shocking CCTV Footage That Will Send Chills Down Your Spine:

Don’t forget to share your views in the comments section below.

DHANAK’s Trailer Out & It’s The Most Promising Trailer Ever! Too Awesome To Miss!
SRK Fans Just Can’t Miss To Watch Making Of Most Popular Song Of 2016 – JABRA FAN ANTHEM