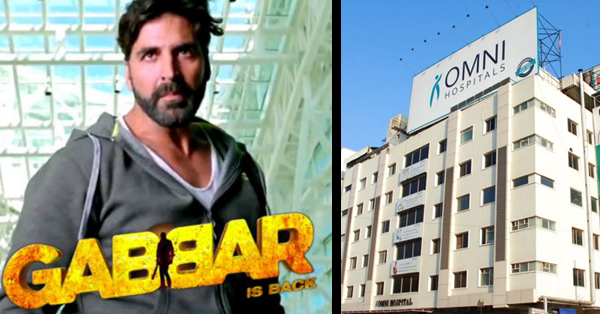 How many of you remember the scene from a popular Akshay Kumar movie Gabbar Is Back? Where the doctors of a reputed hospital indulge in a criminal activity of treating a Dead patient for hours and charging round about 4-5 Lakhs and in the end declaring him as dead. What if I Say you that its not just a Movie scene but it happens in Reality.
The news is from Kurnool District of Andhra Pradesh where doctors of a well reputed hospital brand OMNI are alleged to have indulged in a Shameful act.
As per the reports in THE HINDU, Mr. Chennaiah had alleged that the doctors of the Hospital have been treating her sister who was dead after she was injured in a Road Accident.
The hospital is also alleged to have charged Rupees One Lakh Ten Thousand for the treatment of the deceased.
After the allegations were made, District collector ordered for an Investigation in to the said matter which includes Doctors of the said Omni Hospital. Interesting thing is that there was no FIR filed too. District Collector had instructed the SP on inquiring on why there was no FIR filed in the accident case.
Details awaited.
If the allegations comes out to be true, then who would trust Doctors now? Someone who is seen as people next to Gods in India, if they indulge in such activities and treat their Patients as their customers and as a source of their drawing huge monies, the prestigious profession would be ashamed.
PS: We in no way are questioning the Profession of Doctors