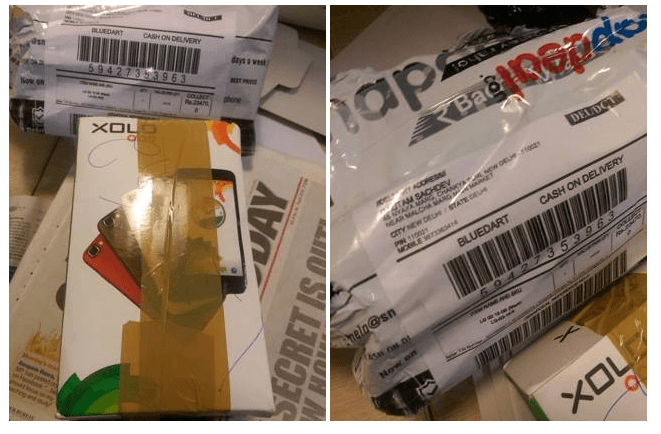 It said that one should learn from their mistake, but seems like Snapdeal is is no mood to follow the same. In another instance, Snapdeal has delivered a second hand phone to Delhi based customer. Previously, a piece of wood was delivered when a customer booked and ordered for IPhone. We even saw Man Ordered A Samsung Smartphone From Snapdeal But Received Soap Bar

And, yet again history repeated itself.

Delhi based Gautam Sachdeva placed the order for LG G2 smartphone in December 23, 2014 to gift it to his dad on the eve of New Year. However, snapdeal played a spoilsport and all his plan to surprise his dad went vain. Though, the online shopping portal claims to verify and sent 100% genuine products, but has failed to so subsequently. Sachdeva said, he was delivered a “second hand phone from some random seller” plus not even the same model that he ordered.
Fortunately, he chose the option of “Cash on Delivery” as result of which he took instantly take back his money and saved himself from the hassle of Cash refund. The customer care executive of Snapdeal asked Sachdeva to mail the images of the model that he received. The major concern about delivery system of Snapdeal is that they don’t have their own logistics network.

Being the only big e-retailer in the country, Snapdeal should become much more conscious and improve its networking.

What do you think? Does big companies have only a tag attached with them? Shouldn’t they be more careful handling customers?

Exciting Offers On Pendrives, Memory Card & Portable Hard Disk Upto 80% Off
6 Must Have Bags To Make Your Winter Attire Dazzling !!