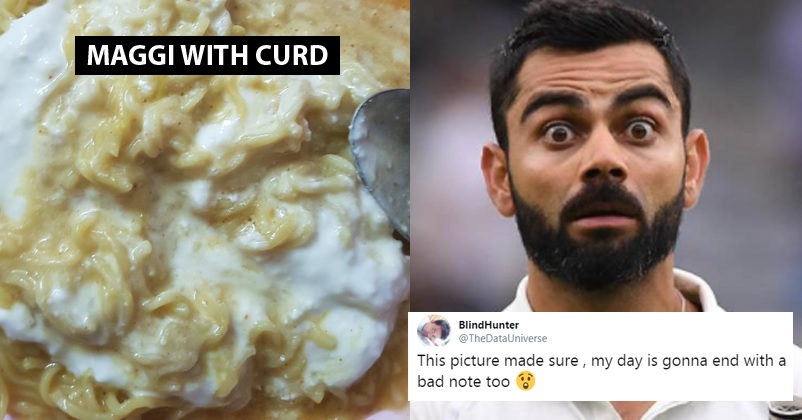 Maggi is one of the most favourite snacks of Indians and people love to cook it in different manner, for example some like to have in a simple style while few others like to mix vegetables or egg in order to make it healthy. However in the times of the coronavirus pandemic when people got ample time to spend in the kitchen due to the lockdown, they started experimenting with Maggi. Some users came up with tasty versions but several others prepared bizarre dishes, such as sweet Maggi with milk, orange Maggi, Maggi with biryani, Chocolate Maggi, etc.

Now one more Twitter user has come up with a recipe which has left netizens in a state of shock. The Twitter user named Felon Mask posted a photo in which Maggi is seen mixed with the curd. 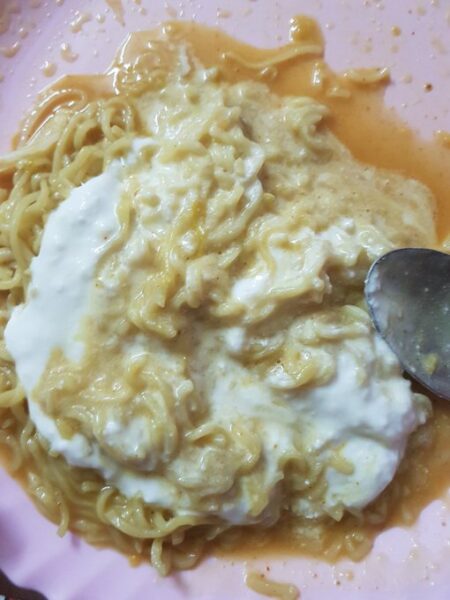 The caption written while sharing the pic read, “Maggi and curd is food for the soul”.

Maggi and curd is food for the soul ❤️ pic.twitter.com/RmNRVRvnfw

Most of the Twitter users were of the opinion that curd and Maggi both are tasty but separately. Though we mix curd with many things but mixing Maggi with it is something that most of us can’t even think of. Twitterati just got pissed off and many even went on to the extent of calling it a crime.

This picture made sure , my day is gonna end with a bad note too 😲

Nestle, the manufacturing company of Maggi, is also coming up with different flavours in order to give more options to the consumers but we have to admit that there is nothing better than the taste of original Maggi. Agree?

Netizens Flood Social Media With Soan Papdi Memes Ahead Of Diwali & It’s Damn Relatable
Man Cooked 6 Pack Maggi In Pressure Cooker To Make It Faster & Guess What, It All Burst