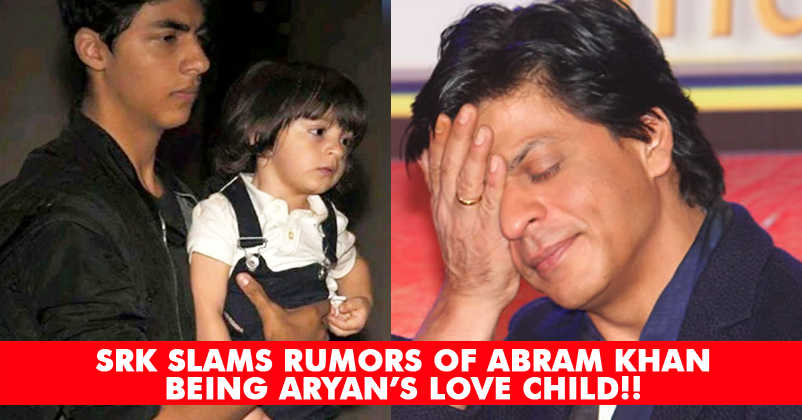 Shah Rukh Khan is one Bollywood actor who always remains in controversies. More than the superstar himself, it is the media who want to keep him in the controversies by unnecessarily dragging him into the rumours while most of the times they are weird.

One such rumour floating around SRK was that his little munchkin, AbRam is actually the love child of Aryan (elder son of SRK) with a girl in Romania. The most absurd part of this story is the fact that Aryan was just 15 years old when AbRam was born. Recently, when SRK was in Vancouver for TED Talk, he busted the rumour in his own witty style. ” Four years ago, my lovely wife Gauri and me decided to have a third child. It was claimed on the net that this child was the love child of our first child, Aryan Khan, who was 15 years old. Apparently, he had sowed his wild oats with a girl while driving his car in Romania. And yeah there was a fake video to go with it. And we were so disturbed as a family. My son who is 19 now, even when you say hello to him he says, ‘But bro, I didn’t even have a European driving license “. ” Yeah, in this new world slowly reality became virtual and virtual became real and I began to realise I cannot say what I thought. And humanity at this time completely identified with me “.

Now that’s what we call giving an answer in King style.