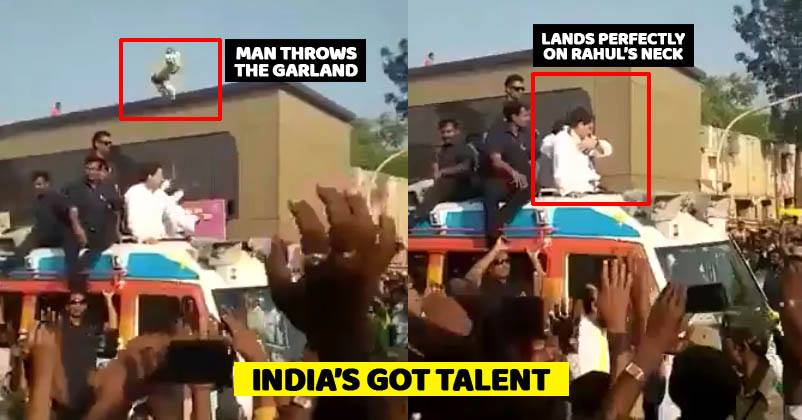 Rahul Gandhi has always been in the news. A lot of time he founds himself being trolled by the netizens but this time something happened with him and people are actually liking it. 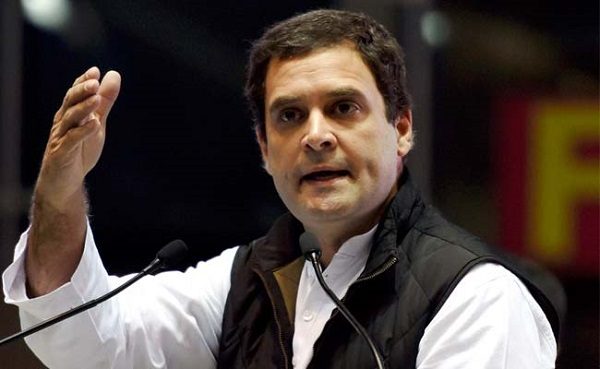 Rahul Gandhi who is the president of Congress Party is currently campaigning in Tumkur, Karnatka ahead of the Karnataka Assembly elections.

During a roadshow, someone from the public threw a garland up above the sky towards Rahul Gandhi. It was so well targetted that the garland landed straight on the neck of Rahul. It took a few seconds for Rahul to understand as even he was left surprised. 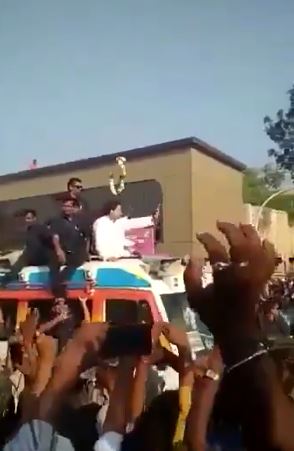 The video is all over on the Internet now and people are enjoying it. Have a look-

Rahul Gandhi was in Tumkur to seek the blessings of Sri Shivakumara Swami at the Lingayat seminary Siddhaganga Mutt.

Meanwhile, the police is investgating if there was a security breach.

Here’s how people reacted to the video-

But reaction from RAGA was awesome. It seems he thought it as a shoe or snake😂😂

Though its an incredible throw with good will , but we can’t let it happen again.. it can be fatal

I will call it Divine indication

But the security lapse chills the spine..

Continue Reading
You may also like...
Related Topics:Rahul Gandhi