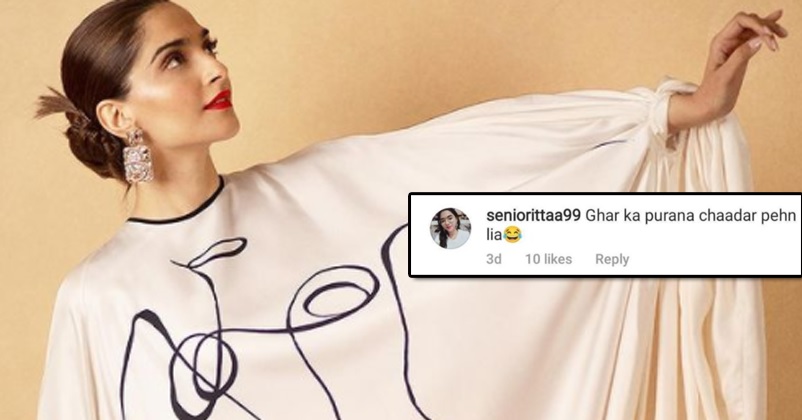 Bollywood Diva Sonam Kapoor is mostly in news for her fashion style rather than for her movies and it won’t be wrong to say that people like her more for her fashion sense instead of her acting. However, there are times when she has been trolled for her dressing sense as well and recently, she was once again targeted by some netizens after she posted photos of herself dressed in the unique liquid silk outfit designed by the London based fashion designer Roksanda Ilinčić.

First of all, see the pics: 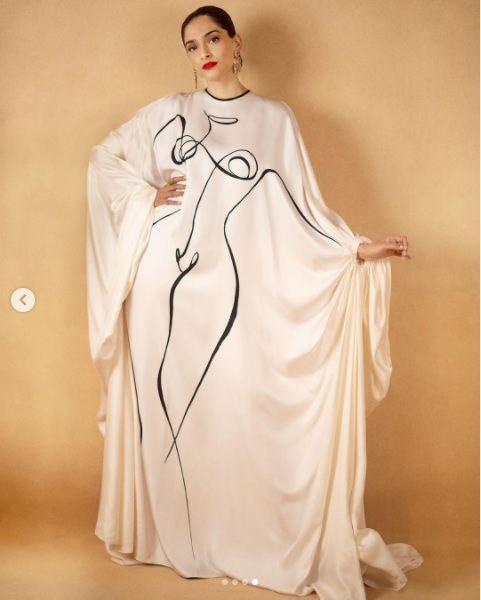 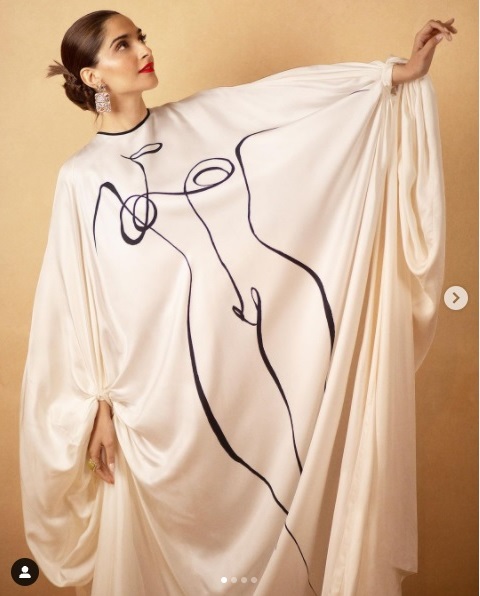 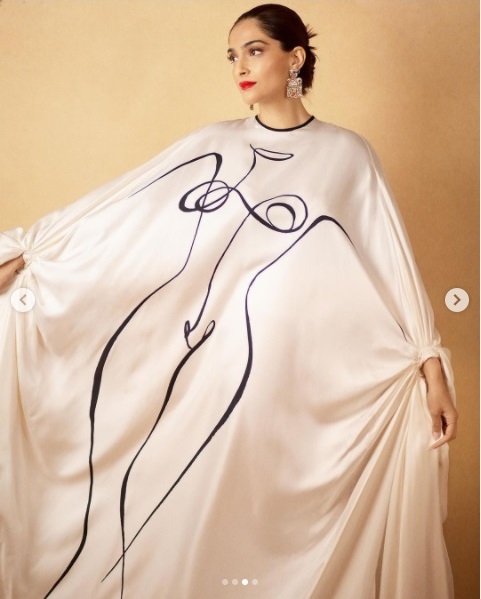 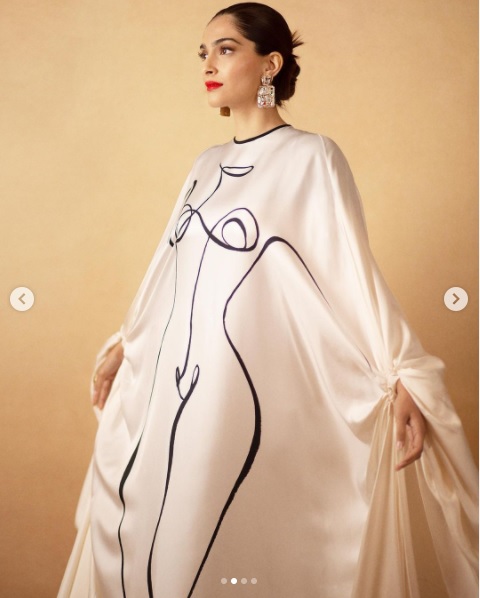 She posted pics on her official Instagram account with the caption, “My friends @eieshabp and @sharanpasricha have been working on a passion project for the last five years called Maison Estelle. They hosted the most beautiful opening dinner to celebrate their labour of love, that I had the privilege to be invited to and experience! Congratulations to @ennismore and the team!”

Netizens felt that the design on the dress was weird and many of them were not able to control their emotions so they decided to pour them out in the form of comments.

Here is the video of a model wearing the same dress which designer Roksanda Ilinčić shared on Instagram with the caption, “Behind the scenes: Magnificent liquid silk celebrating the female form”.

Everyone has a different taste in fashion! By the way, how did you find the dress worn by Sonam Kapoor? Let us know your views.

Dressing To Impress This Autumn
“The Biggest Male Stars Don’t Want To Be Cast In A Female-Oriented Film,” Says Taapsee Pannu