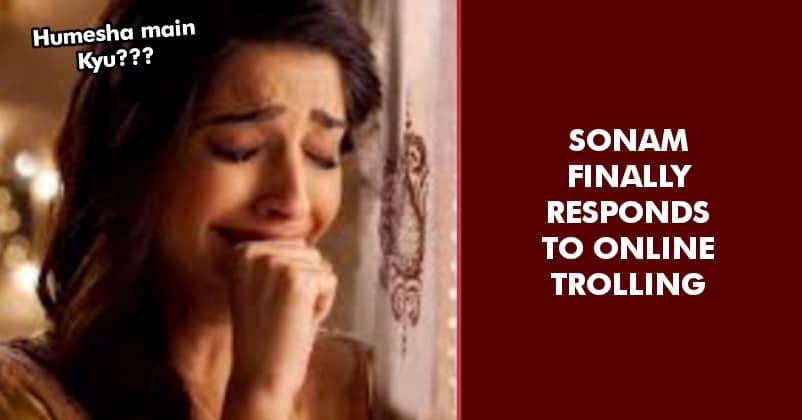 Social media is definitely your one touch friend which can give you the access to anything and can help you connect with any people. It has both boon and bane over that if you are a celebrity or social media influencer then social media means responsibility.

Every day the celebrities of our tinsel town Bollywood are targeted by trolls who tends to slam the celebrities for some or the other stupid reason. Bollywood actress Sonam Kapoor is known for raising her voice and expressing her opinions on gender equality, raging issues or politics no matter what.

According to a report it’s said women are often targeted by the trolls than the men. Well, the Ek Ladki Ko Dekha Toh Aisa Hoga actress gets frequently trolled by the netizens and at times people wonder how does she handle so much of negativity around her. Recently, in an interview with Cosmopolitan Sonam revealed how she deals with trolls and even said there is nothing to do with a man or woman getting trolled.

Sonam said, It’s not about being a man or woman anyone who has an opinion on the internet met with all kinds of voices. Some agree and other’s don’t. The best way to deal with these trolls is to let people say what they want to.

On the work front, the actress is busy promoting her upcoming release The Zoya Factor along with Malaylam superstar Dulquer Salman helmed by Abhishek Sharma. The movie is slated to hit the theaters on 20th September.

Continue Reading
You may also like...
Related Topics:Sonam Kapoor