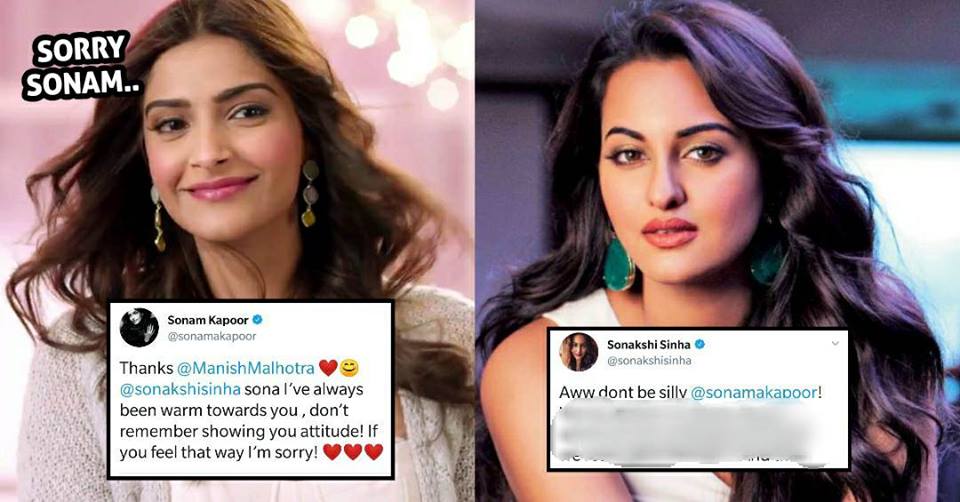 Bollywood heroines are not known for catfights anymore. It’s the age of Instagram and Twitter where our actresses openly flaunt their friendship in front of fans. Just for a couple of examples – Sonam-Jacqueline & Katrina-Alia are the most popular female BFFs of Bollywood.

However, most interesting gossip always comes from fights and believe it or not, people enjoy it the most. 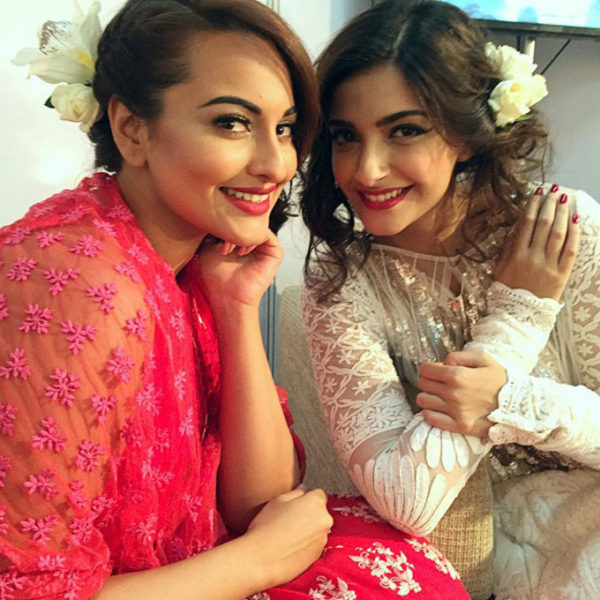 Sonakshi Sinha along with the ace designer and friend Manish Malhotra was present at the Vogue BFFs show that is hosted by Neha Dhupia. The show is known for bringing out some really interesting and unknown facts from the personal life of celebs.

While interacting with Neha during the show, Sonakshi revealed that once Sonam showed her ‘a lot of attitude, which… was unnecessary.’

Though Sonam didn’t agree with the allegation of Sonakshi and made it a point to clarify in Twitter. She also apologized Sonakshi for hurting her unintentionally. Sonam tweeted-

Thanks @ManishMalhotra ❤️😊@sonakshisinha sona I’ve always been warm towards you , don’t remember showing you attitude! If you feel that way I’m sorry! ❤️❤️❤️

Seeing such a warm message from Sonam Kapoor, even Sonakshi thought of replying her in similar way. She tweeted back –

Aww dont be silly @sonamakapoor! We’ve all been on these shows where we are coaxed to say things we really dont wanna!!!! And then arent we used to things being blown out of proportion? Not to be taken seriously! Big hug 😘

Aww dont be silly @sonamakapoor! We’ve all been on these shows where we are coaxed to say things we really dont wanna!!!! And then arent we used to things being blown out of proportion? Not to be taken seriously! Big hug 😘 https://t.co/pyCFbu18si

this called hypocrisy. why you said things that is not true about someone.
and now you said dont take it seriously😷

Best Wishes for strengthening your friendship

You didn't seem forced to say it at all you clearly meant it. More power to @sonamakapoor

3rd Day Collections Of Pad Man Are Out. Once Again, It Showed Growth
Alia Bhatt Is Dating This Billionaire & He’s Not From Bollywood