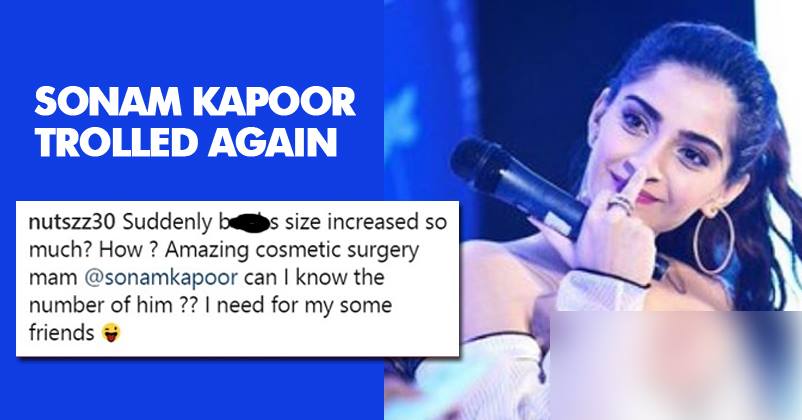 There is no denying the fact that Sonam Kapoor loves to experiment with fashion and doesn’t hesitate in wearing even the weirdest dresses. She is usually called the fashion diva of Bollywood but sometimes her choice is so bizarre that fans doubt on her being entitled as a fashion icon. In fact, she has been trolled a lot for her outfits and recently when she was dressed up in an oversized coat, even her husband Anand Ahuja and cousin Arjun Kapoor took a jibe at her.

Now once again she is becoming a target of trollers who are wondering as to how the size of her b**bs has increased significantly after marriage. If you follow the actress, you must be knowing that she has often become an object of mockery for her small b**bs.

Sonam recently took to Instagram and posted two pictures in which her b**bs are looking considerably bigger.

Take a look at the photos: 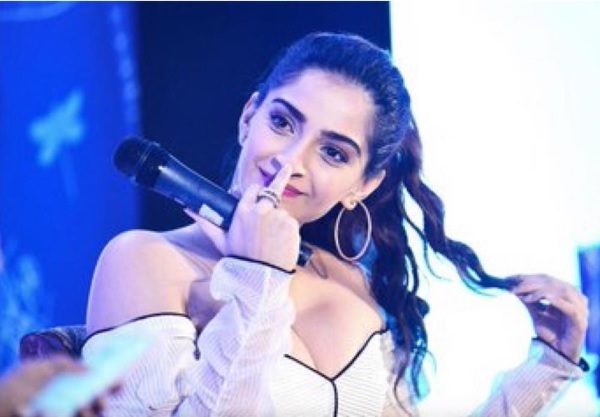 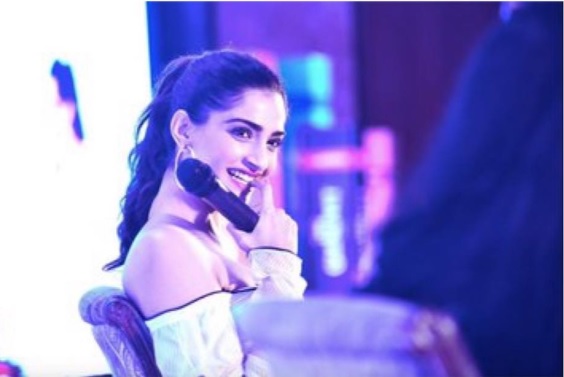 People are astonished to see this change and making speculations that it may be just because of the dress that they are appearing bigger. Some called it the effect of plastic surgery while many others are of the opinion that her husband Anand has done a wonderful job and the result is pretty much visible in both the photos.

What do you have to say about these photos?

BB12 Exclusive: For the First Time, Audience to Choose Who Enters The Bigg Boss House
FIR To Be Filed Against Salman Khan & Loveratri Cast. This Is The Reason