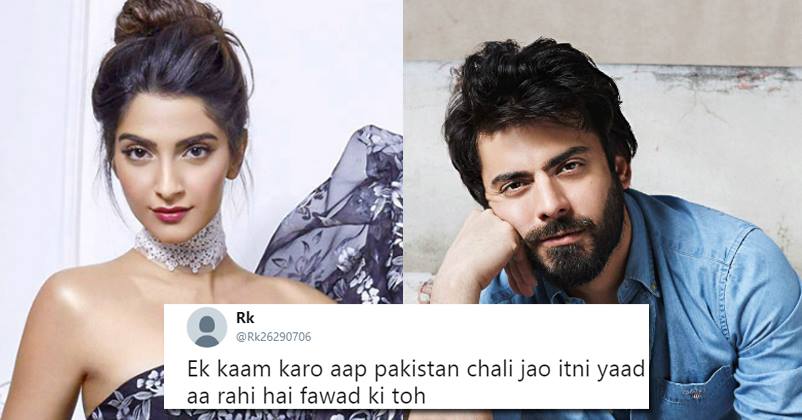 Twitter is a dangerous place for celebrities nowadays as each of their tweets is under scrutiny. Moreover, there are many online users waiting to make comments and troll them for doing something which as per trollers is inappropriate and unpatriotic. 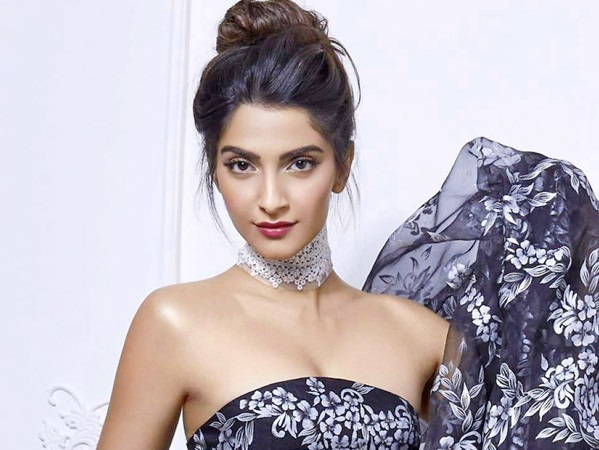 The latest target of these haters is actress Sonam Kapoor and the crime that she committed is giving birthday wishes to her “Khoobsurat” co-star Fawad Khan.

She shared a photo of herself with Fawad on the micro-blogging site Twitter and wrote, “A very Happy Birthday Fawad! Hope you receive all the joy & happiness on this special day! @_fawadakhan_” 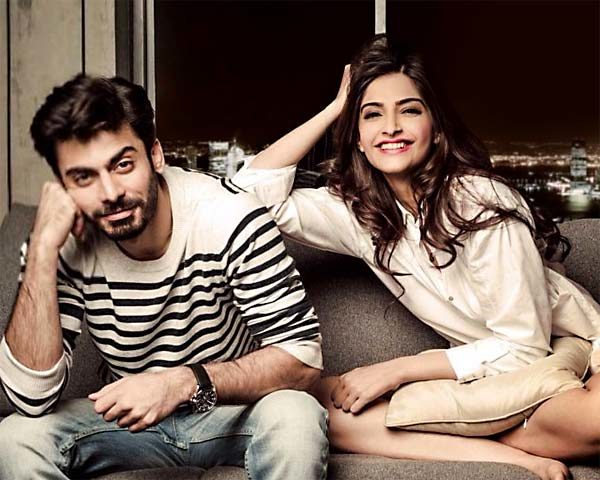 A very Happy Birthday Fawad! 🎂 Hope you receive all the joy & happiness on this special day! @_fawadakhan_ pic.twitter.com/ueSK6j3ofT

We all know that India and Pakistan as nations are not on good terms due to the involvement of Pakistan in sponsoring terrorism in India and it also had an effect on Bollywood. All the Pakistani actors have been stopped from working in Indian movies. We have also seen that Pakistani actors may condemn terrorist attacks taking place in other countries but we don’t get to hear anything from them about the terrorist attacks which take place in India.

You only love money and can’t understand pain:

For Ram mandir u projected sri sri as a villan who is a guru of millions. Go to pakistan and cheers with fawad we dnt nees people like u in India who oppose their country just to remain in news and main stream media 😠😠

A person who has no sympathy for soldiers died in terrorist attack, do not deserve any good wishes from any Indian. Celebrities are no exceptions.

Focus on your work Sonam Aunty:

Why don’t you get married to him?

If u hv so much of crush fr tht Porkistani, thn u shud leave India nd get married to him nd stay ther undr their black cloak as a Miyabhaini

It’s an insult to our brave soldiers:

Was it needed…. mam a man who was not even ready to say few words against terror attacks on our soldiers…. is he eligible to take greetings from daughter of India!! its insult & hurting to our brave soldiers…

However, there were few who had different opinion over the matter:

To all those who are trolling Sonam for wishing Fawad on his Birthday,Fawad was not involved in any of the attacks happened in India.We all know that we're not having good relations with Pakistan,but when someone is trying to bring us closer,we should not troll.I SUPPORT SONAM.❤

Fawad Khan is an Actor Not a Terrorist. So if Sonam wished him then whats the problem. No Bhakt questions on Modi Govt, to allow Pak Army to investigate the Pathankot Airbase Attack.

Do you think that trolling Sonam was justified in any manner? Let us know your views.

Remember Anshuman From “Jab We Met”? He Looks Unrecognisable Now
This Girl Got Dirty Messages On Social Media. Her Kickass Reply To The Guy Is Epic