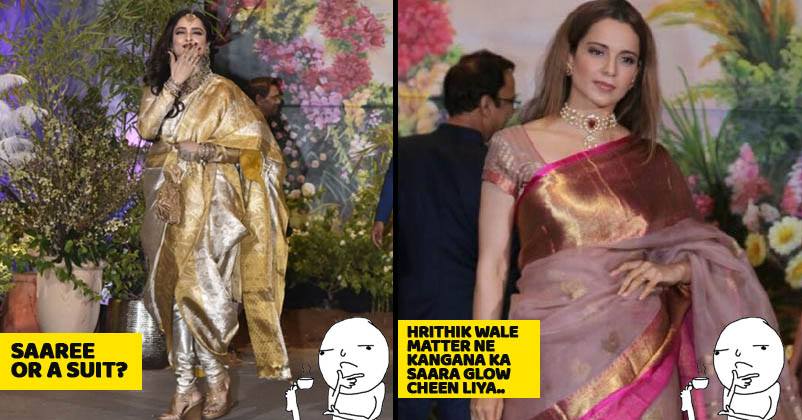 The marriage of Bollywood fashionista Sonam Kapoor and Anand Ahuja has been the talk of the town for few days. A lot was expected, especially in terms of fashion and style, from Sonam Kapoor and she certainly didn’t disappoint her fans. From Sangeet to wedding and reception, she looked utterly mesmerising and proved that she can nail in every outfit.

But we wish that we could say the same for her husband who made the blunder of wearing Nike sports shoes in his own wedding reception. I mean who does that? 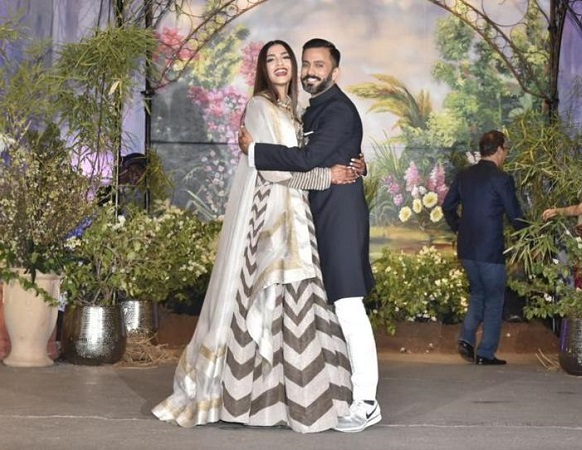 The reception was a glitzy and starry affair and a number of celebrities from the film industry graced the ceremony with their presence. While there were some who looked perfect, several celebs dejected fans with their dressing style.

Check out the worst dressed celebs in Sonam’s reception who selected wrong outfit for the function:

Vidya Balan is among the very few celebs who look the most beautiful in saree; however, this time Vidya has made a wrong choice and this saree is making her look heavier and middle-aged.

Mira tried to look a little different but is it even a dress to wear in a wedding reception?

Kangana is one of the hottest and prettiest Bollywood divas who keep on experimenting with looks and never compromise on fashion. However, at the ceremony, she appeared to be quite dull and aged. What’s more, this saree doesn’t suit her at all.

Rekha did some experiment with her saree by giving it pant-style look but isn’t this combination too shiny?

Taking into consideration the fact that Twinkle is pretty creative and beautiful, the outfit that she wore is highly disappointing. What made her choose this?

Kajol could have selected a better colour! No doubt, this metallic saree is making her looks faded and dull.

The queen of TV serials wore a blue lehenga that appeared to be outdated and didn’t go with her personality at all. We wonder what made Ekta pick this?

She opted for a white lehenga for the ceremony and even though Choli looks fine, her lehenga is very simple and there’s nothing extraordinary.

Who do you think is the worst dressed? Do you know about more such celebs whose outfit you didn’t find appropriate for the occasion? Let us know.

15 Fashion Fails That We Just Can’t Digest. What Were The Designers Thinking?
10 Most Unlucky Characters Of TV Serials Who Made Us Cry With Their Sad Life Stories