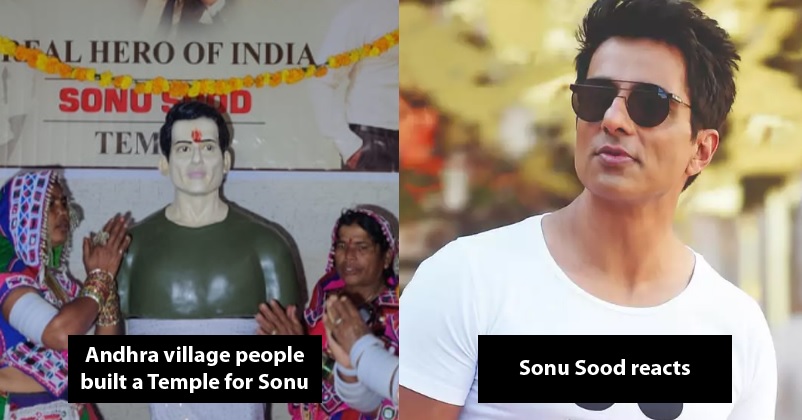 The whole country was forced to remain inside their houses during the coronavirus lockdown but there were some poor people who were out on the road, hungry and walking with their luggage and kids. These were the poor migrant workers who had no money left and the only way to survive was to return to their native place but as all the mode of transportations were halted, they decided to start their journey on foot.

Most of us felt sorry and blamed the government for the pathetic condition of the poor people after watching their visuals on television. However, there was one person who decided to help these people and once he started, he went on to send thousands of poor and needy people back to their homes. 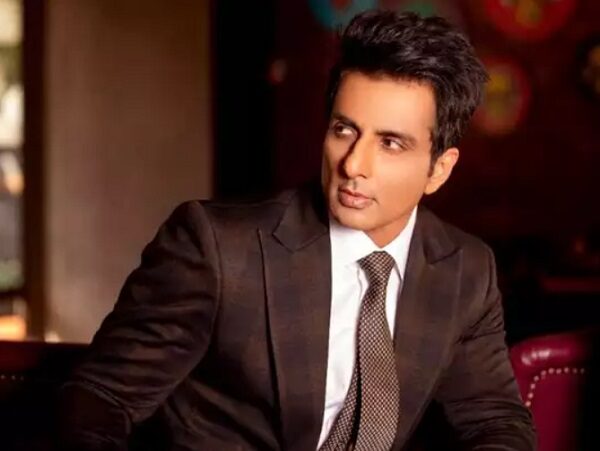 We all know who the blessed soul is! Yes we are talking about none other than Bollywood actor Sonu Sood who not only arranged for the transportation of the migrant workers but also got in touch with the governments of the concerned state in order to ensure that the workers had no problem in reaching their homes. Sonu Sood also helped people in monetary terms and made arrangements for jobs for few people as well.

While the whole world is praising Sonu Sood for his philanthropic work, the citizens of Dubba Tanda village, Siddipet, Andhra Pradesh, have honoured the actor by building his temple.

This news was shared by a film analyst Ramesh Bala and the photos of Sonu’s statue are also posted in a tweet. 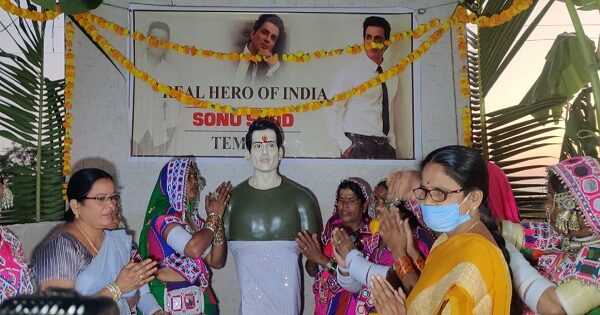 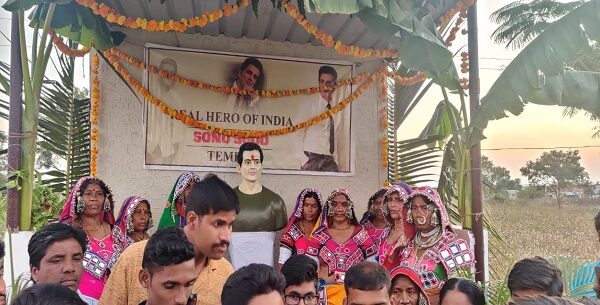 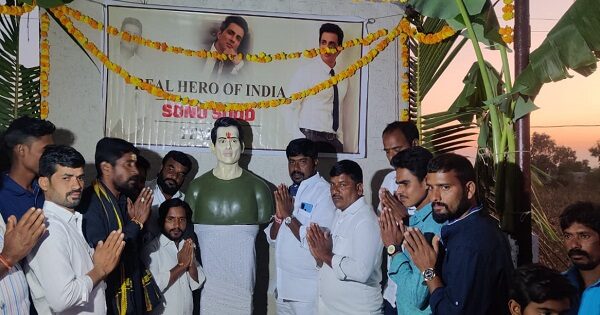 Ramesh Bala’s tweet read, “Telangana: Locals of Dubba Tanda village in Siddipet have constructed a temple to recognize Actor @SonuSood’s philanthropic work. A local says, ‘He helped so many people during the pandemic. It’s a matter of great delight for us that we’ve constructed his temple.’”

A local says, "He helped so many people during the pandemic. It's a matter of great delight for us that we've constructed his temple." (20.12.2020) pic.twitter.com/Agn3v4ajcO

When this tweet and news was noticed by the “Simmba” actor, he responded with, “Don’t deserve this sir. Humbled”

Sonu sood says that it is a great moment for him but he doesn’t deserve this because he is just a common person who has been trying to help his brothers and sisters. He will give the whole account of his experiences that he had and challenges that he faced in 2020 in a book which will be titled as “I Am No Messiah”.

There is no denying the fact that Sonu’s life has changed a lot due to the philanthropic work that has been done by him. He is getting offers of hero roles in movies and recently he has revealed that the southern megastar Chiranjeevi also refused to hit him in a film because he feel that people will curse him if he beats Sonu.

Do You Know South Megastar Chiranjeevi Denied Beating Sonu Sood In Acharya For This Reason?
Neha Kakkar Faces Wrath Of Fans For Faking Pregnancy & Playing With Their Emotions For Publicity