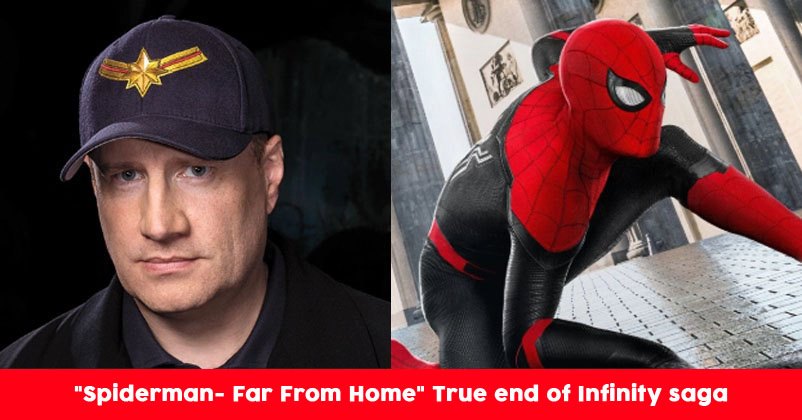 For all the die-hard Avengers fans, we have news for you which might shatter all your beliefs. According to Marvel Studios boss Kevin Feige, Spider-Man Far From Home is not the first movie in Marvel Phase 4, but it’s actually the last of Phase 3. That changes a lot, doesn’t it?

Feige said: “We’ve been working for many years on Infinity War and Endgame and Spider-Man Far From Home.”

Explaining it to his fans he added, “Those were the films that were culminating the entire Infinity Saga of the MCU.

“And as we were working on Endgame we realized that the true end of the entire Infinity Saga, the final film of Phase 3, had to be Spider-Man Far From Home, because — spoiler — we lose Tony Stark at the end of Endgame. The relationship between Peter Parker and Tony Stark is so special over the five films that Tom Holland has portrayed Spider-Man in the MCU, that we needed to see where his journey went, and see how does Spider-Man step out of the shadow of his mentor, Tony Stark, and become the true hero that he was always meant to be.”

He said: “You’ve seen Avengers Endgame, but you haven’t seen it all yet. Spider-Man Far From Home…is the conclusion to the Infinity Saga.

“And what started with Iron Man 1, finally comes to fruition in Spider-Man Far From Home.”

So now wait till 2nd July to finally say goodbye to “the Infinity Saga” with the release of Spider-Man Far From Home.