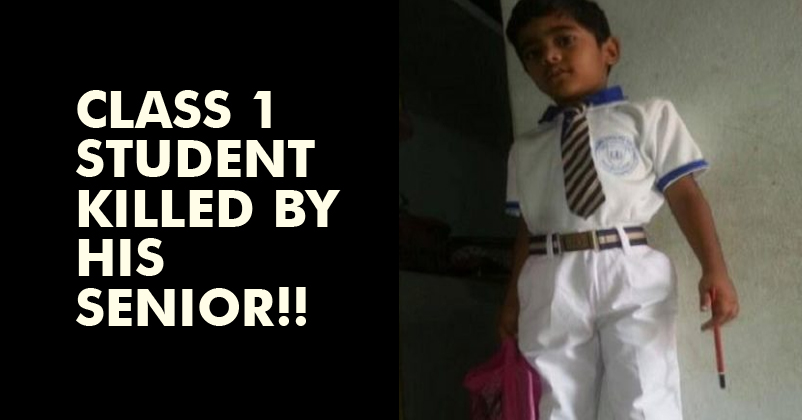 We certainly need anger management. Anger is the worst possible enemy that we humans can ever have. The power will always make you feel strong, but it’s deeds will make you feel more hollow. In frustrations and anger, we do commit things that we shouldn’t do. And as a result, the guilt holds us back till we move on, which hardly happens.

In a similar incident, on 12th July 2016, a 6 year-old kid studying in class 1, Mohammed Ibrahim had a brawl with one of his seniors who was in class 3. Well, these things does happen a lot. Kids do fight and end up crying. But what one of these two kids did, made everyone cry. In the midst of all anger and frustration, the senior ended up kicking Mohammed Ibrahim four times in his stomach. And those blows were strong enough for the little lad to give up his life painfully. But followed next was even more devastating.

As soon as the fight was over, a critically injured Ibrahim was rushed to hospital, however he lost the battle of life and was gave up on Saturday evening.

Now the question to be asked is ‘WHO IS RESPONSIBLE FOR THIS ?’ Is it the senior, the school staff or the rest of the students ? A young child died because of someone’s frustration and ignorance.

Ibrahim’s father Abdul Mujeeb blames the school authorities for acting in a very negligent manner. He has alleged that the concerned school staff employes showed apathy towards the critical condition of his son, which led to his death. School’s on floor caretaker Maheshwari claims that by the time she came to know about the fight between the two students, she was just on the ground, whereas they were engaged in a physical brawl on the 1st or 2nd floor.

However Hyderabad police has filed a case in the matter, and the 10-year-old child, who allegedly murdered Ibrahim has been booked as the prime accused. Although police cannot treat him as a normal criminal convict due to his tender age, and action would be taken accordance to juvenile code of conduct. Investigation is currently underway to ascertain whether the school authorities were also responsible for the death of Ibrahim.

Here are stats which will shock you to the core of your heart.

Should we stick to the notion of ‘ Everyone Deserves A Second Chance ?’

Continue Reading
You may also like...
Related Topics:A Student Of Class 1 Beaten To Death By A Senior In Hyderabad, class 1, juvenile, killed, student