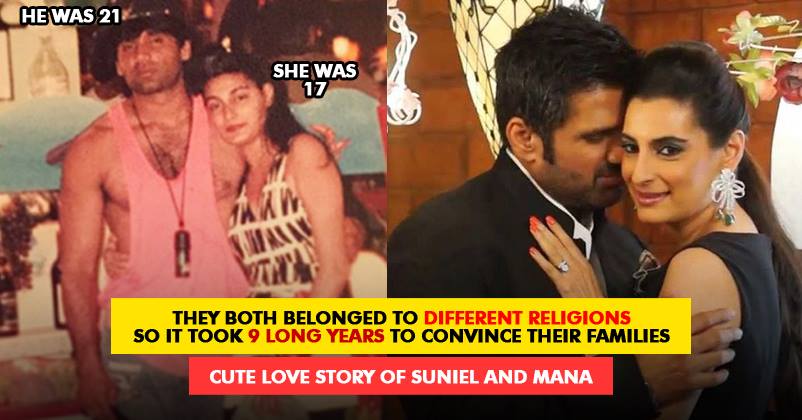 Suniel Shetty is one of the fittest and most famous actors of late 90s. He turned 57 today and would be celebrating the big day with his family. We have seen him in some hit movies including “Mohra”, “Hera Pheri” and “Phir Hera Pheri”; however, there is no denying the fact that he didn’t have a thriving filmy career. Nevertheless, his love relationship and married life with Mana (born as Monisha Kadri) is a source of immense inspiration for all of us. 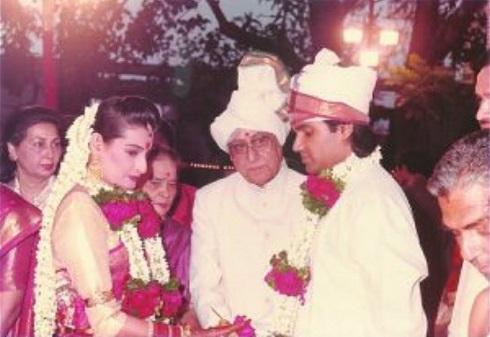 In India where inter-religion marriages have not been very successful, it’s indeed highly creditable on the part of Suniel and Mana to be together for about 30 long years. Suniel hails from a Kannada family while Mana’s father is Gujarati Muslim and mother is Punjabi Hindu.

The duo met when Suniel was 21, whereas Mana was 17. They got in touch through common friends and just after the first meeting, Suniel felt for her. In a media interaction, the actor revealed that there was something different about Mana that attracted him towards her and he fell in love with her.

He asked a friend for inviting Mana in a get-together and she did come. When the party was over, the couple went for a bike ride during night time and eventually felt that they were in love. 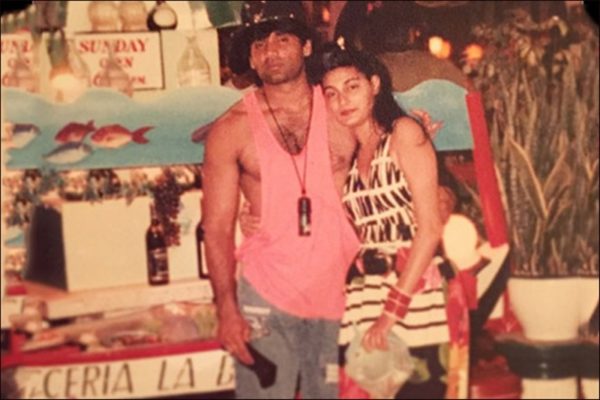 However, their parents didn’t give approval for this relation in view of the fact that Suniel and Mana belonged to different religions. It took them 9 long years to convince their families for their wedding and finally the couple tied the knot in the year 1991. Suniel was not a part of the film industry at that time and interestingly, his marriage function went on for 10 days, as the actor told in an interaction.

The couple got blessed with a daughter Athiya a year after the marriage. Well, time has indeed flown as the girl herself is a Bollywood actress now. Suniel and Mana welcomed their second baby Ahan in 1996 and he too is all set to step in Bollywood now! 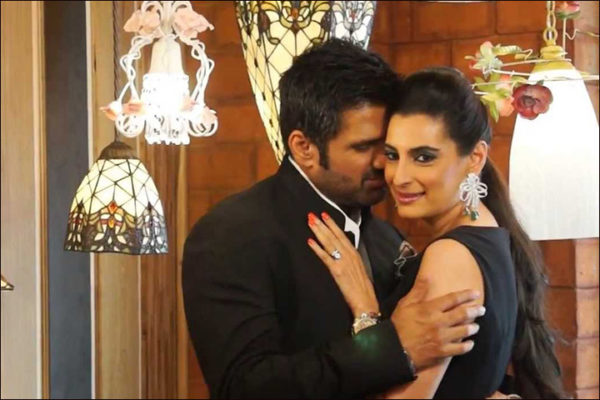 It’s been 36 years that Suniel and Mana have been madly in love with each other! They have been motivating people all these years; after all, having a happy married life for 26 years is not what we get to see in Bollywood nowadays.

RVCJ wishes Suniel a very happy birthday and many more years of successful marriage to the adorable couple!