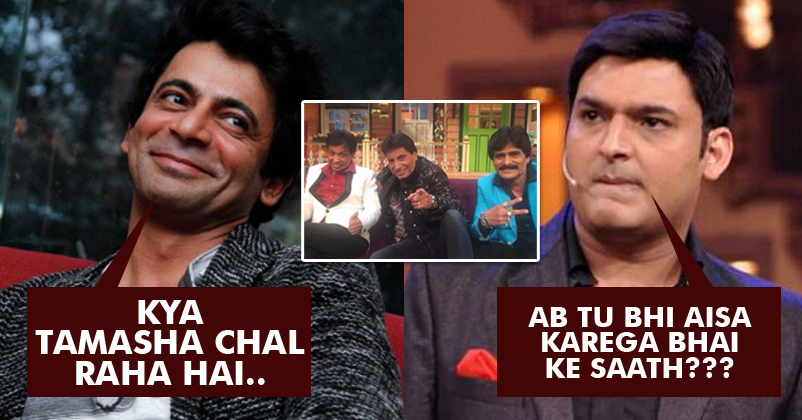 Kapil Sharma’s mid-air spat with his colleagues is becoming a nightmare for the comedy star, himself. The fight between Kapil and Sunil has become a social media drama and we quite admit it, ourselves.

The Comedy King is trying his best to sort out the differences with Sunil Grover post the fight, in the Melbourne-Delhi flight. However, Sunil Grover is least interested in patching up with Kapil Sharma. When team BollywoodHungama got in touch with Sunil Grover, he had something very interesting to say. He said,

“I am very relaxed, very introspective, deep in thought about my future plans…I am just watching all the tamasha that’s going on. It’s very entertaining.”

On the same very article, one of Sunil’s close friend revealed in detail what exactly is on Sunil Grover’s mind.

“On numerous occasions, he has insulted Sunil and the other team members. Unforgivably, Sunil and the others overlooked Kapil’s growing highhandedness. ‘Chalo Chalo show record karte hain,’ they’d say every time after his rude behavior. Not this time. Kapil needs to know he is wrong. There is no going back.” The friend also added that Sunil Grover is looking forward for a holiday with his wife and son to an unknown destination.

Well, the fight is becoming uglier with each passing day. Whether Sunil will return to the show or not remains a mystery to us. Supporting Sunil in the entire fight are other team members Ali Asgar and Chandan Prabhakar. We just hope we get a positive update soon.