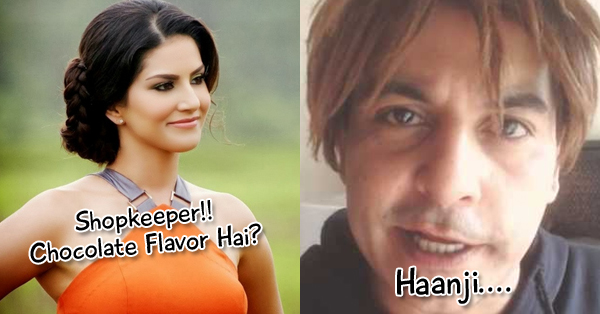 The Shopkeeper and Chutki jokes are going all over the Internet from the time DUBSMASH had hit the Social Media. It was when the Dubsmash was hitting the Social Media and fans in India were getting familiar with it, Gaurav Gera came up with this super Hilarious concept of Chutki-Shopkeeper jokes via Dubsmash. This went out to be a big hit and many people followed it and used the same audio and came up with their Dubsmash videos. This time its Sunny Leone who followed the same Chutki-Shoopkeeper trend and made this super funny video with Gaurav Gera. Watch the video here:

These Hilarious USAIN BOLT Memes Will Keep You Laughing All The Day!!
These Swiss People Answer Where Is The Black Money! It Will Leave You Shocked