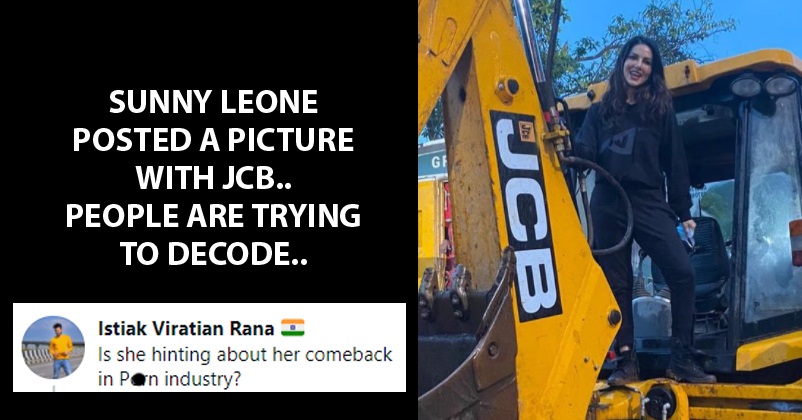 Sunny Leone is one of the most famous actresses of Bollywood despite the fact that she has not given many hit movies or hasn’t even appeared in important roles in many Hindi flicks. However, she has garnered a huge fan following with her hot dancer numbers and by doing some bold roles in the films. It is also true that Sunny who earlier worked in adult industry is one of the most beautiful actresses that we have ever seen in B-Town and besides, she has always come out as a good human being. 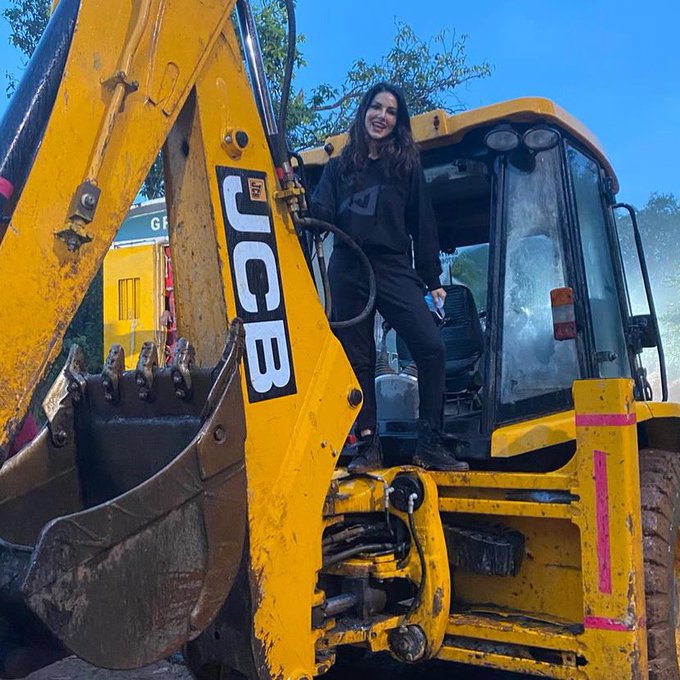 She captioned the image, “#JCBkiKhudai is back again?!!”

#JCBkiKhudai trended in 2019 when people talked about how people used to stand in crowds and see the functioning of JCB. In simple words, it is pretty common for people to surround JCB and see it working and wasting their time. Many memes and jokes were posted under this trend and Sunny Leone just brought back all the memories of the trend with her post. In 2019 also, the actress made a post regarding #JCBkiKhudai which went viral.

However, some netizens guessed that Sunny Leone is hinting at her return in the adult industry with her post and this is how Twitterati reacted:

R u serious???
R u making a a comeback in industry?
And that khudai means something else right?

On the work front, Sunny Leone started shooting for Vikram Bhatt’s “Anamika” some time ago and she has also resumed the shooting of reality show Splitsvilla. For almost six months, she was in Los Angeles but she is in full working mode now.

Do you think there is some hint behind this post or is she just having some fun?

Badshah Recalled Funny Incident When Cops Arrived At His Show & Someone Shouted, “Ab Kar Le Handle”
“Accept Failures As Much As Success,” Satish Kaushik Advices While Talking About His Struggles