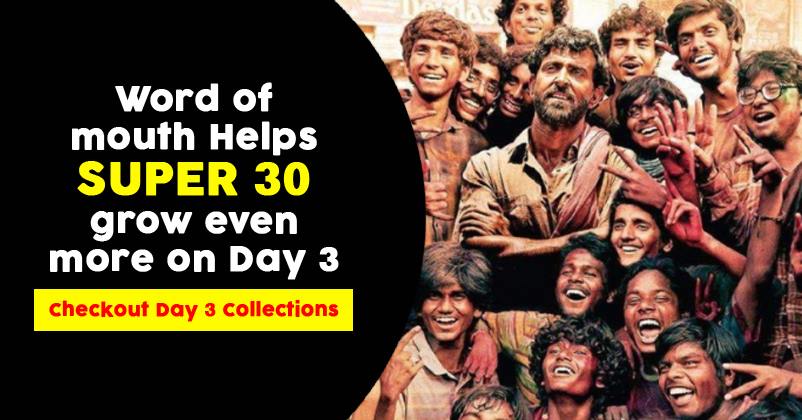 Super 30 is helmed by Vikas Bahl starring Hrithik Roshan, Pankaj Tripathi, and Mrunal Thakur. Thakur made her Bollywood debut with this one. Super 30 created a massive buzz for various reasons and after so much controversy the movie finally hit the theatres. 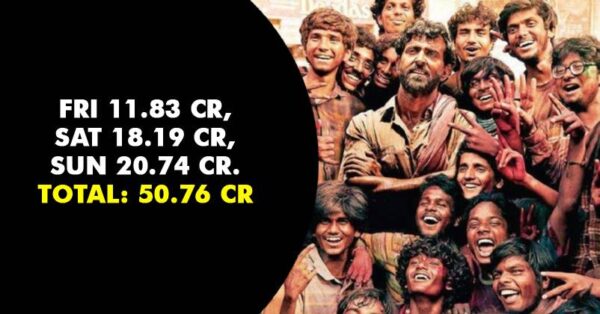 The film has finally completed its first weekend in the theatres and needless to say it passed its first test with flying colors. Despite being a no masala movie, Super 30 is trending well at the box office.

According to Taran the film’s status now depends upon the weekdays’ performance, but it is trending far better than Hrithik’s last two films Mohenjo Daro and Kaabil.

#Super30 now depends on weekdays to consolidate its status… Growth on Sat and Sun gives the film a chance at metros and Tier-2 cities specifically… #Super30 trending is far, far better than Hrithik's last two films – #MohenjoDaro and #Kaabil.

Super 30 has collected ₹11.83 crore on its first day and ₹18.19 crores on the second day. The movie is based on the life of a brilliant mathematician and educationist Anand Kumar who is well known and hailed for providing free coaching to students who are from economically weaker households but are intelligent, for the entrance of Indian Institute of Technology (IIT). 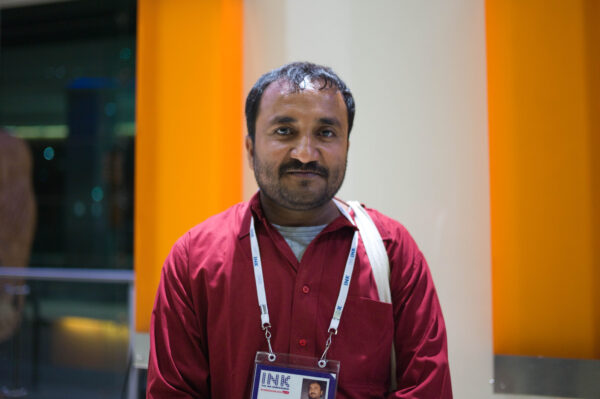 Man Is Found Not Guilty Of Stealing Twenty Rupees, After 41 Years Of Legal Battle
Salman Khan Brings His ‘Dabangg’ Twist In The Bottle Cap Challenge Giving Out A Strong Message