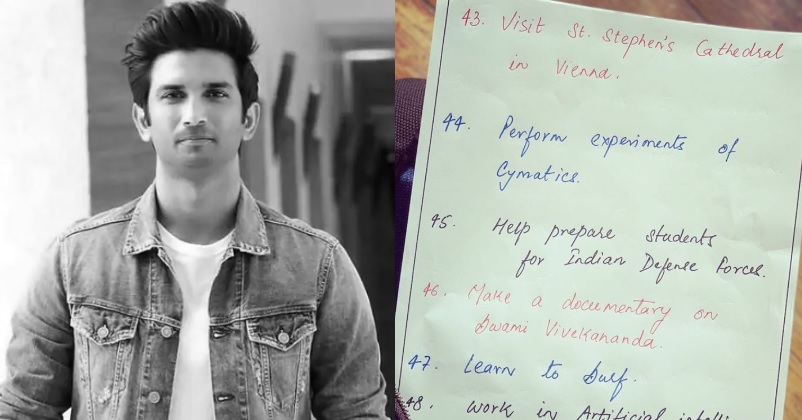 Bollywood actor Sushant Singh Rajput bid goodbye to the world by taking his own life at his Bandra apartment. The “Chhichhore” star who always seemed to be full of life and kept on smiling all the time was suffering from depression and was undergoing treatment for it.

Sushant was from Patna, Bihar, and his journey from Patna to Mumbai, from theatre to TV and then to movies was no less than magic as he achieved a lot in a very short span of time. He was an outsider with no filmy connections and no godfather; whatever he got in life was because of his hard work and determination.

Despite becoming so famous, Sushant was very humble and used to treat everyone with respect. The “Kedarnath” actor donated Rs 1 crore to Kerala and Rs. 1.25 crore to Nagaland as both the states were suffering from flood problems.

Sushant Singh Rajput may have achieved a lot in our opinion but he had many other dreams to fulfill. Around a year ago, he took to the micro-blogging site Twitter and posted some photos of papers on which he wrote his 50 dreams. These dreams included teaching dance to children, playing chess with champion, owning a Lamborghini, helping students in preparing for Indian Defence Forces, traveling through Europe by train, playing a cricket match left-handed, playing tennis with champion, driving in a blue hole, etc. 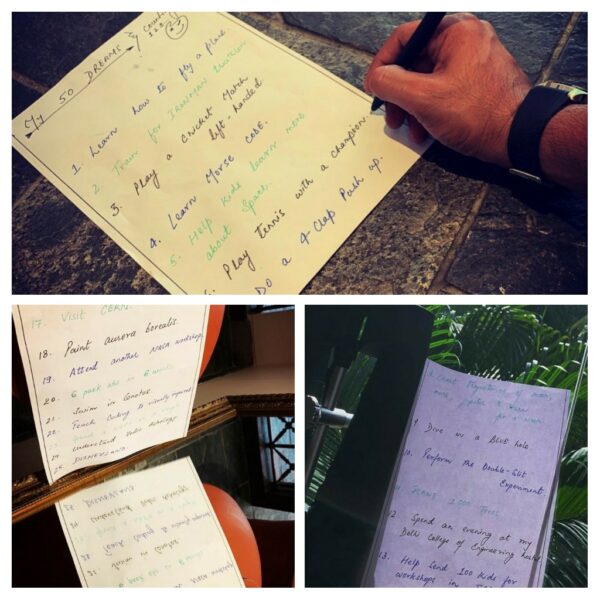 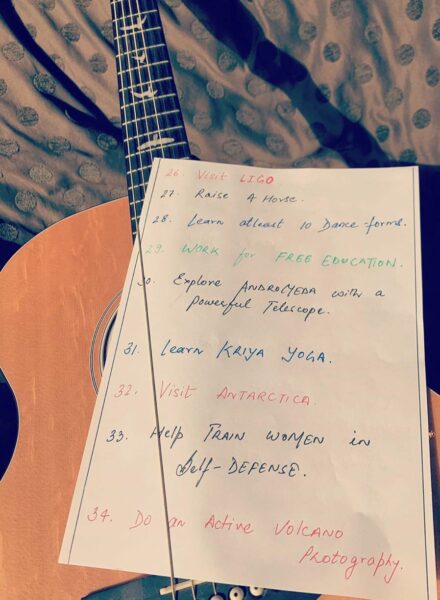 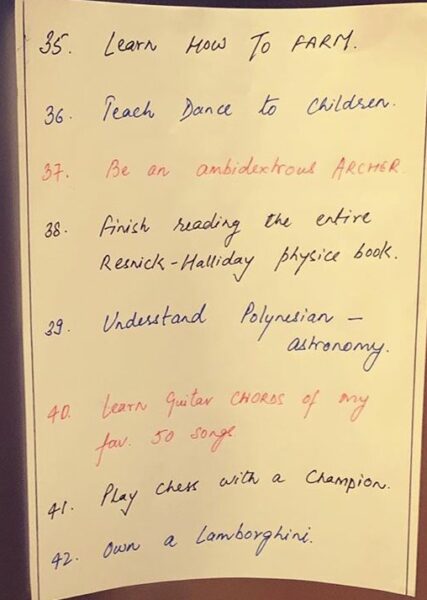 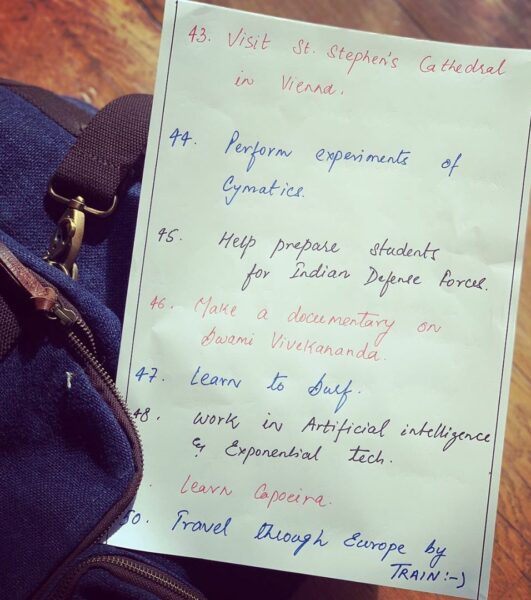 A Twitter user reposted those images and every fan of Sushant Singh Rajput got emotional. Here is the tweet which is presently going viral:

The heartbreaking end of a dreamer: the 50 dreams of #SushantSinghRajput pic.twitter.com/VPgR8Tr0qJ

Sushant Singh Rajput’s last rites have been performed at Mumbai and other than his family members, few Bollywood celebs such as Kriti Sanon, Shraddha Kapoor, Mukesh Chhabra, etc were present at the occasion.

In a very less time, Sushant touched many hearts and he will always be remembered as a great actor and a great human being.